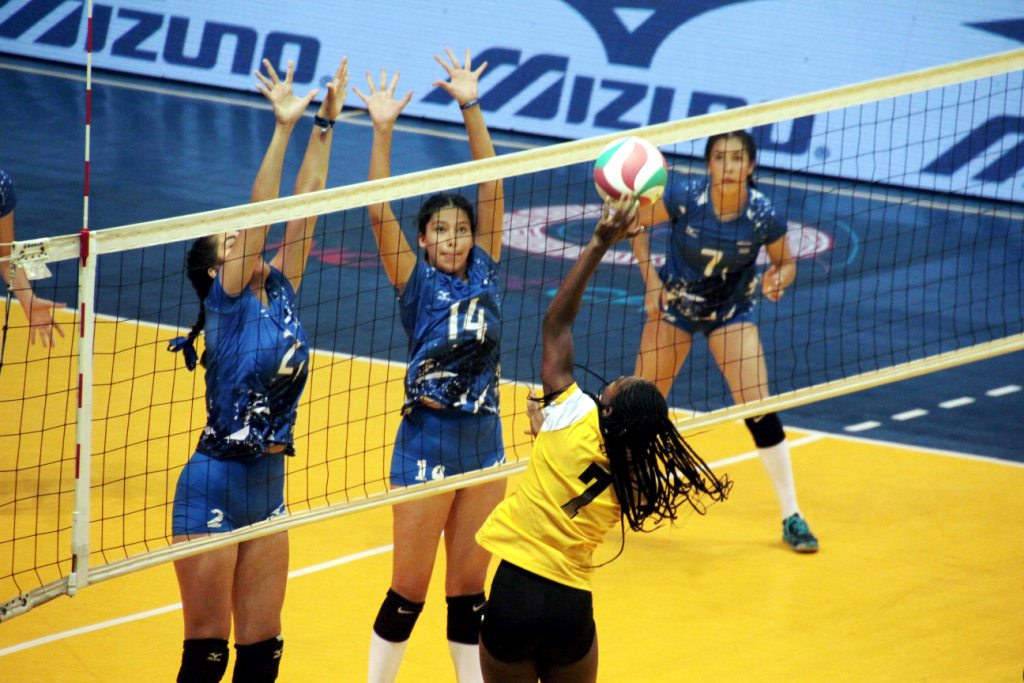 Costa Rica and Honduras will meet on Saturday with fifth place on the line after both teams won their classification matches via sweep on Friday afternoon. Current Photo via NORCECA

Costa Rica and Honduras will meet on Saturday with fifth place on the line after both teams won their classification matches via sweep on Friday afternoon.

The Costa Ricans outdid their foes 30-16 in kills and 11-5 in aces, while also benefitting from 29 miscues (to 21 of their own). Nicaragua boasted a slight 6-5 edge in blocks.

Mary Alfaro scored a team-best 13 points, combining four kills with her ace tally. Nicole Mata notched 10 points, all on kills, while Ana Rojas and Lakysha Thompson added eight apiece. Rojas was all over the stat sheet with six putaways, a block and an ace, while Thomas put up three blocks, an ace and four kills.

Maria Belen Arcia led the way for Nicaragua with nine points, posting team highs in kills (5), blocks (2) and aces (2). Claudia Brenes Masiel was next on the team with five points (3 kills, 1 block, 1 ace).

“We have been striving for several months to get here, to this goal,” Alfaro said. “We were in a very strong group and until now we were able to do our type of game and we took advantage of it. I feel that we were very sure of ourselves, we had a lot of confidence, we united a lot.

“It was a great experience to play against teams like Cuba, Dominican Republic or Canada, because it teaches us, despite not winning the games, they taught us for a future, not only things on the court, but also outside, that we take that to our country and be able to share with the other players. We are going for the fifth place against Honduras or Barbados, both are great rivals, but we will go with the same mentality, the same confidence.”

Barbados won the blocking battle 7-3, but the rest of the stat sheet belonged to Honduras. The victors outdid Barbados 23-20 in kills, 18-4 in aces and 31-15 in points off errors.

Rocio Duron (14), Andrea Aceituno (12) and Isabella Rosa (10) guided the Honduran effort. Duron was tops offensively with 13 putaways, while Aceituno led the way from the end line with eight aces to go with three kills and a block. Rosa put up six blocks and tacked on four putdowns.

Tenneille Chapman-Goodluck was the lone Barbadan player to reach double-digits in points with 12 (9 kills, 2 blocks, 1 ace). Dashonta Addison was next on the team with four points (2 aces, 1 kill, 1 block).

“I told my teammates, I told them we do not have to enter the court with fear, although the other team is superior, that we are in our country, we are in our court, with our public,” Honduran captain Nathaly Perez said. “We have been training for more than a year; we have to play with confidence because of what we have worked in.”