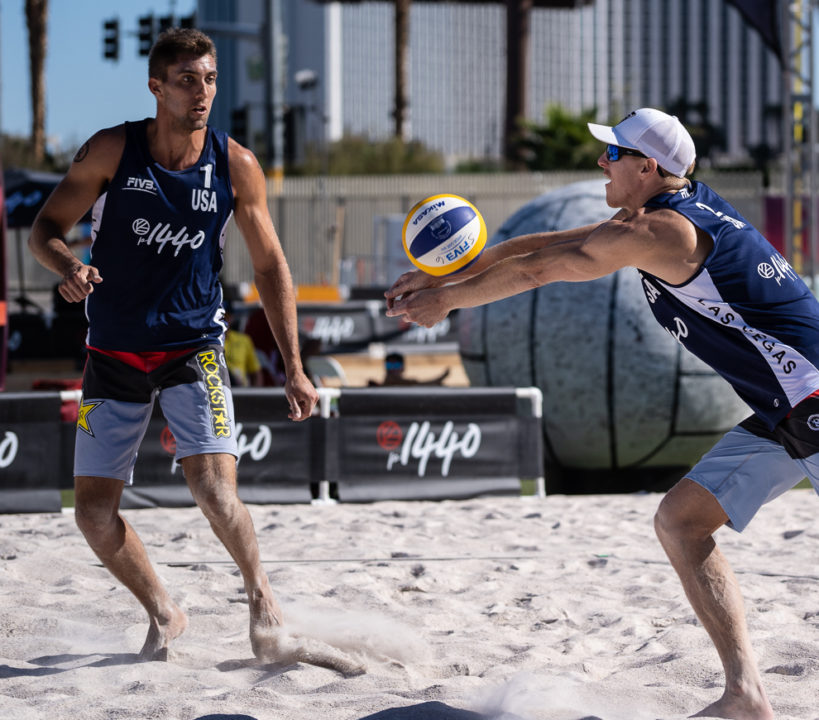 Top seeded Americans Taylor Crabb/Jake Gibb and No. 19 Trevor Crabb/Tri Bourne are among eight pool title winners to earn a free pass to the second elimination round. Qualifiers Crabb/Bourne knocked off No. 3 Pablo Herrera/Adrian Gavira in straight sets to claim Pool C.  Current Photo via FIVB

Crabb/Bourne, which began the tournament in the qualifying rounds, knocked off No. 3 Pablo Herrera/Adrian Gavira 21-17, 21-19.

The eight pool winners earn a free pass to the second elimination round.

In the opening round of pool play, six of the 16 matches went the distance.

Of the four remaining American teams, two more punched their ticket to the first knockout round with third-place match wins.

In the other elimination matches, Reid Priddy/Jeremy Casebeer fell to Serbia’s Stefan Basta/Lazar Kolaric 22-20, 21-16 after dropping a 21-12, 21-12 decision to Mol/Sorum earlier in the day.