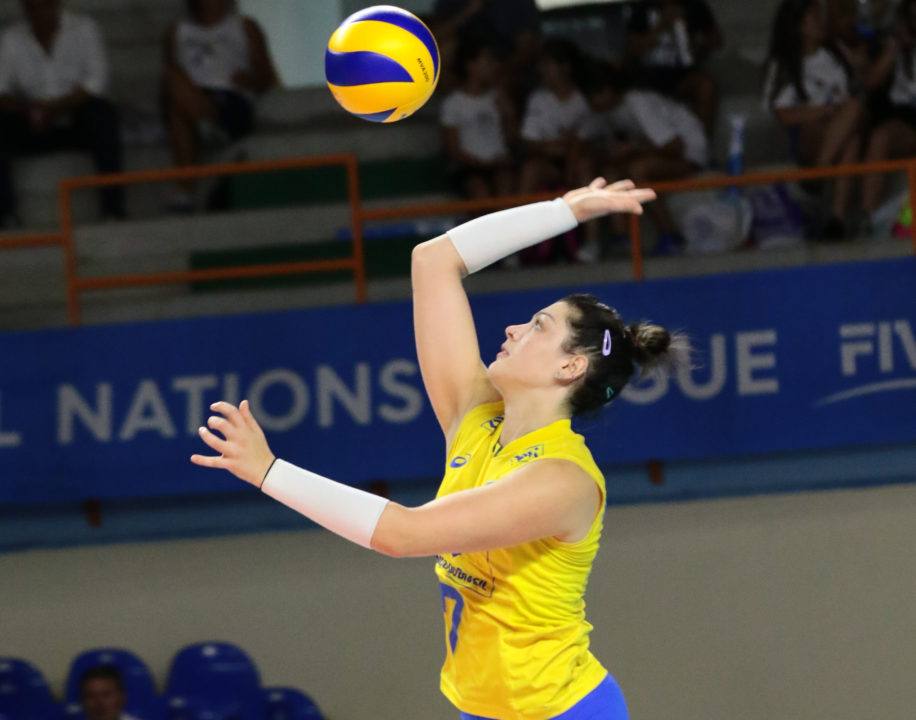 Rosamaria Montibeller led a group of four double-digit scorers for Brazil in a four-set win over Thailand.  Current Photo via FIVB

Rosamaria Montibeller led a group of four double-digit scorers for Brazil in a four-set win over Thailand.

After dominating the opening set, Brazil found itself in a late battle in Set 2. Thailand rallied from a 22-18 deficit to knot the score, before Montibeller came through with a kill and an ace to give the team a set-point try. A block sealed the 25-22 win.

Montibeller scored nine points in Set 3, but it was not enough to lift Brazil to victory as Thailand came out on top 25-18.

In Set 4, the outside hitter was front and center once again with a kill and served up two aces in a string of seven-straight points which put the match out of reach.

Italy dominated Belgium in every way in a much-needed sweep on Wednesday.

With a win the only way to keep their Final Six hopes alive, the Italians came through with an all-around team effort. Italy bested Belgium in kills (45-32), blocks (10-4) and aces (10-4) to overcome 18 miscues. The Belgians committed just nine errors in the match.

After dropping Set 2 25-18, Belgium fought back, knotting the score at 11 and 12 in Set 3. Egonu came through with a pair of kills to give Italy back the lead both times and the team hung on for the win.