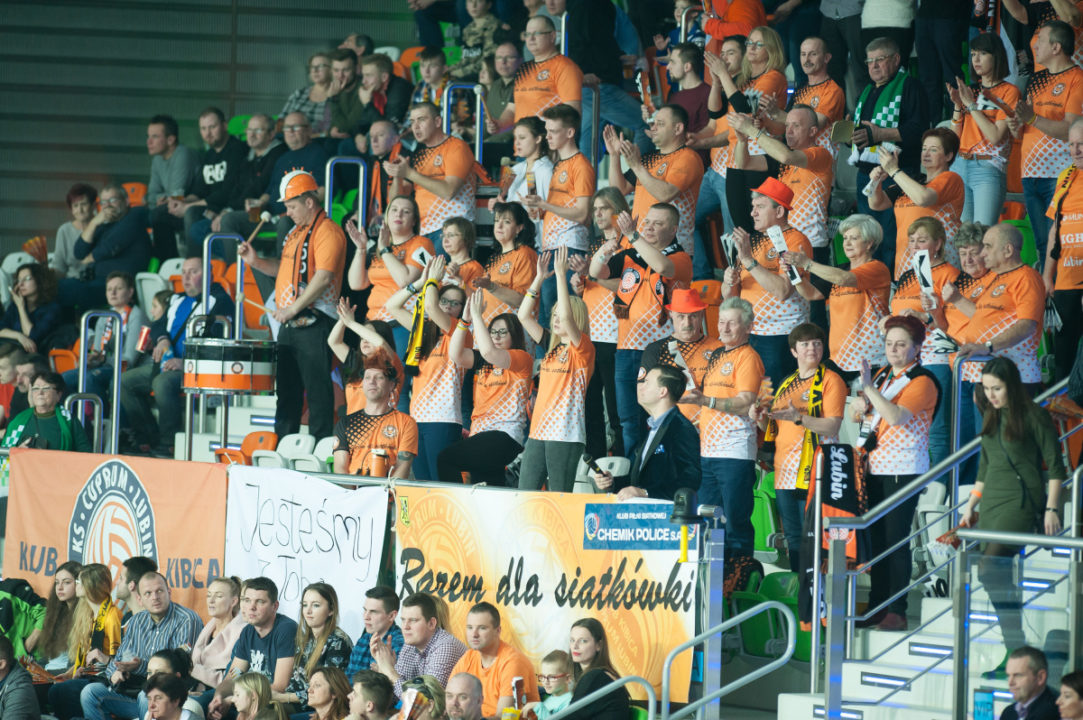 Will Lubin fold after an underwhelming season? Current Photo via http://www.plusliga.pl

Cuprum Lubin had an underwhelming season, where everything just happened below the club’s expectation. The team failed to qualify for PlusLiga’s playoffs, its president resigned, its coach is due to leave the team at the end of the season, and so is its best player. This has called the attention of the Polish volleyball media, who starts to wonder just how deep Lubin’s troubles goes and if it will be present in the competition next season. Here is a statement from Łukasz Kadziewicz, who finished his career with Lubin in 2015 (Siatka.org):

“Something is wrong and we know it. When I ended my volleyball career, I was convinced that Lubin would be a place were volleyball would develop harmoniously. This road was very well prepared. It is a pity, because Lubin has a very nice sporting complex, with a good arena and people who love sport. Lubin is one of the most sportive cities in Poland, with a huge selection of disciplines: football, handball, volleyball. I hope that the people who have been building this club for many years from the lowest levels of competition will finally light up a lamp that will say: “Ok, enough.” Here you need to do serious volleyball, not to wonder whether the team will be able to play next season.”

Lubin was founded in 2001 and debuted in PlusLiga after earning promotions in Poland’s 4 lower tier leagues. It has never finished PlusLiga lower than 7th place until this season, in which it won’t be able to finish above 8th, and may finish as low as 11th.

Italian teams Modena and Pesaro are also in dire straits.