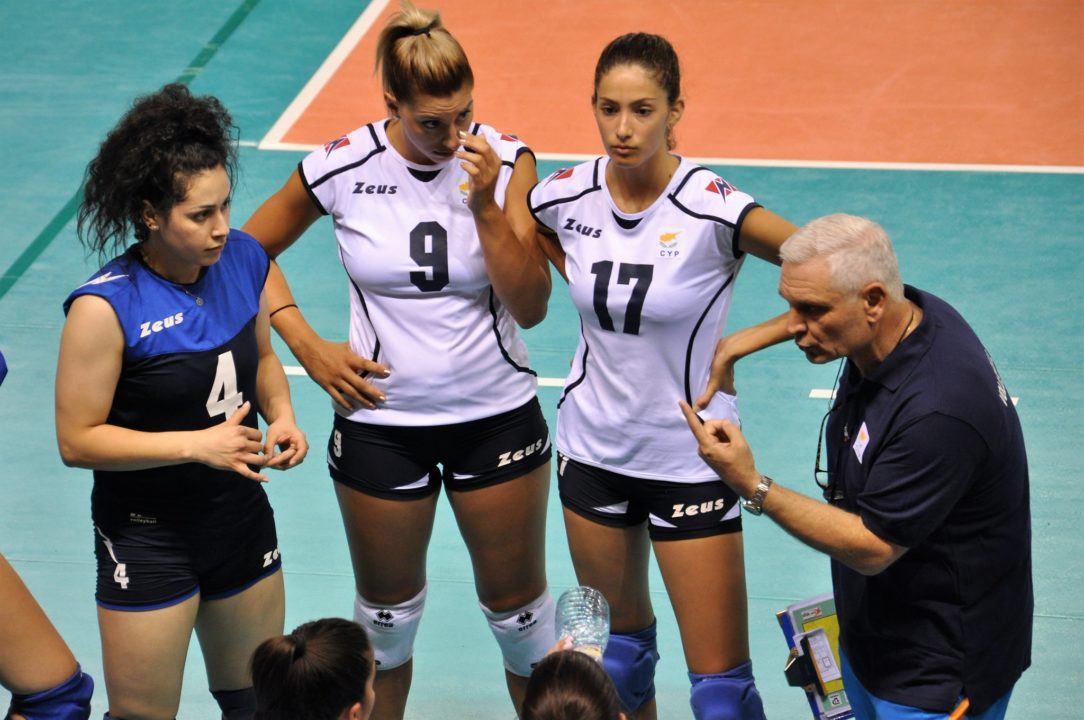 Defending champion Cyprus kicked off the finals with a sweep of Faroe Islands, but later fell to host Luxembourg 3-1.  Current Photo via CEV Volleyball

Day 1 of the CEV European Small Countries Division women’s championships got under way on Friday with a trio of matches.

Defending champion Cyprus kicked off the finals with a sweep of Faroe Islands. Scotland, the 2015 runner-up, followed with a 3-1 win over Iceland. The Cyprus squad played the night cap as well, falling to Luxembourg 3-1.

Cyprus led Set 1 from start to finish and took control of Set 2 at the midway point, but had to overcome an eight-point deficit in Set 3 to rally for the win. Cyprus grabbed the lead at 21-20, but Faroe Islands had the first shot at the set at 24-23. Cyprus then scored three straight to secure the sweep.

Cyprus hit at a 42 percent clip for the match, while outblocking their foes 7-5 and outserving them 8-6.

Iceland outblocked Scotland 10-5, but the Scottish side took advantage of 37 Icelandic errors and served up eight aces in the winning effort.

Scotland trailed early in Set 1, but went on to a 16-14 mid-set lead en route to the victory. Set 2 was nearly all Scotland, with the advantage swelling to five in a 25-19 win. Iceland bounced back to lead Set 3 from wire to wire with help from nine Scottish miscues. Set 4 was a back-and-forth affair as the Scots led early, Ireland rallied to go up by three at 16-13, only to see it slip away in a 25-22 loss. A block and two aces were the difference in the final stanza.

Host Luxemoubourg started the Small Country Championships by registering a four-set win over Cyprus, who was playing its second match of the day. Cyprus outblocked its foe 11-8, but allowed nine aces and committed 28 errors in the loss.

The Red Lion Ladies led Set 1 by as many as four and led nearly throughout Set 2, save a one-point deficit in the early stages. Luxembourg looked to be in control again in Set 3, leading by four, but Cyprus scored five straight points to steal away the 25-21 win. The home side went on to close out the match, dominating the latter stages of Set 4.