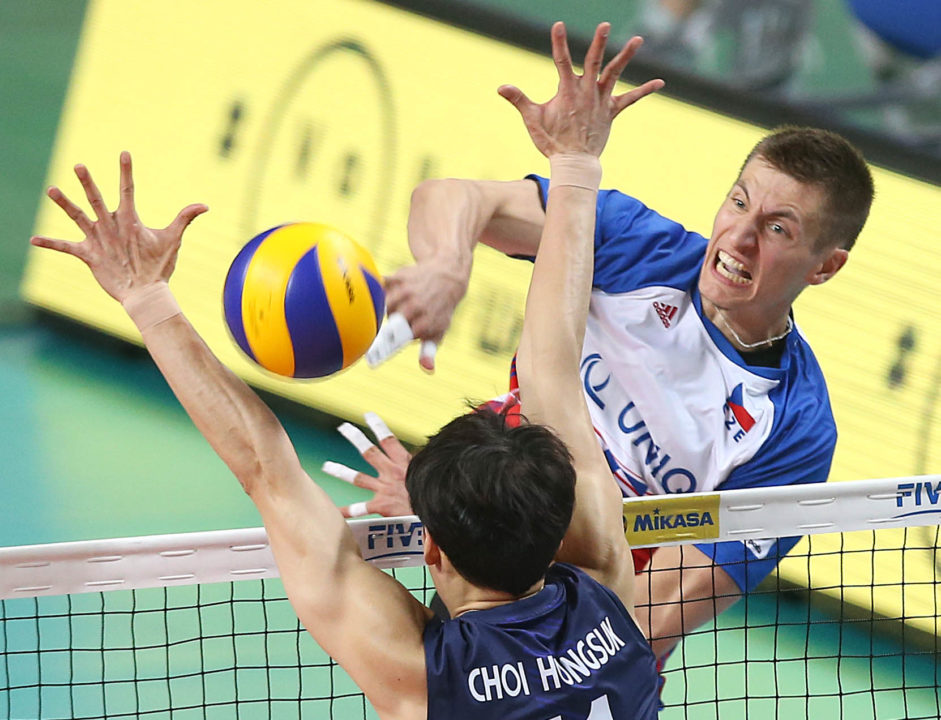 Czech opposite Michal Finger moves from Bundesliga champions VfB Friedrichshafen to Monza for the upcoming season. Current Photo via FIVB

Finger will compete on Monza alongside fellow Czech Donovan Dzavoronok. Both players recently represented the Czech Republic at the 2017 European Championships, where they ousted defending champion France to advance to the quarterfinals before falling to eventual silver medalist Germany. The 6’6″ (202 cm) opposite ranked 5th in points scored at the tournament, averaging 4.57 points per set.

Other newcomers to the Monza side this year include Team USA back-up setter and serving specialist, Kawika Shoji, and Italian middle blocker Simone Buti, who moves over from Sir Safety Perugia Sicoma.

Finger made his club debut in 2008 with SK Dansport Prata, then spent six seasons with Volley Team CZU Prague  before moving on to the Friedrichshafen in 2013.