Dane Selznick Joins P1440 as Director of Competition and Sport 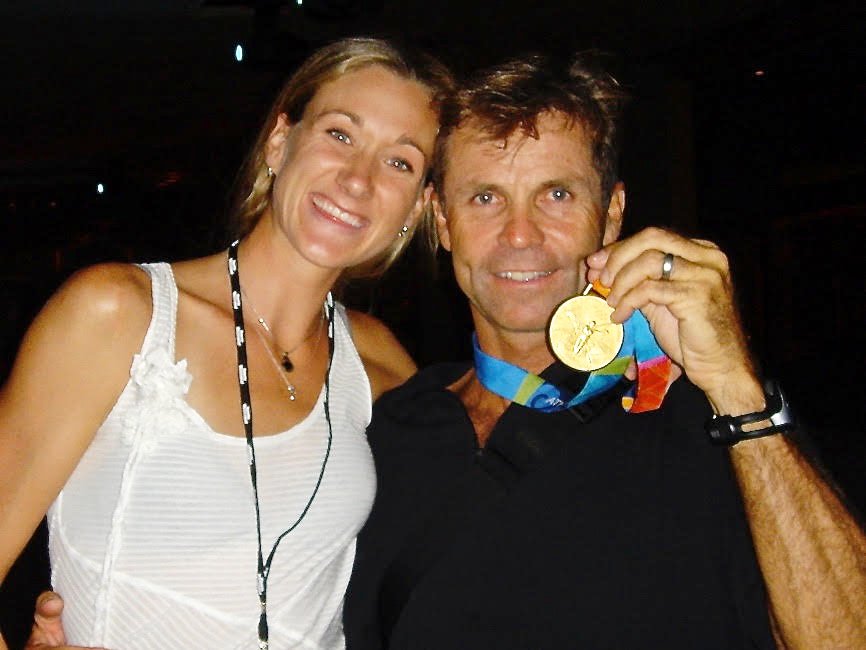 Dane Selznick, who helped Walsh Jennings to her first Olympic gold medal in 2004, has been tabbed as the director of competition and sport for the Olympians' event series and online venture p1440. Current Photo via P1440

Selznick, who helped Walsh Jennings to her first Olympic gold medal in 2004, has been tabbed as p1440‘s director of competition and sport. With more than 40 years experience, the three-time USA Olympic beach volleyball coach will act as an advisor for p1440, be a member of its board for competition and rules.

According to p1440 representatives, Selznick will help guide the competition and rules committee as well as being a great resource for anything beach volleyball related. He will be onsite at every event as the competition and sport director, overseeing the pre-competition player meeting, competition format, bracket updating, making sure the players and referees are on pace and working with the other three pillars of p1440 to ensure cohesiveness and continuity of the overall p1440 experience. He will ensure the tournament runs smoothly and will handle every aspect of the tournament—picking where the courts are at the venue, making sure players are on the right court, keeping track of tournament play, etc. Dane will advise the p1440 committee for beach volleyball on all aspects related to the sport this could entail things like selecting cities, sites and more. As p1440 technical advisor Dane will also help with maintaining rules and regulations and implement p1440‘s point system to seed teams.

“I am excited to get the chance to work with Kerri Walsh Jennings and the staff at p1440 as the director of competition and sport,” Selznick said. “Their creative approach to enhancing beach volleyball with a broad range of activations including family-friendly festivals, and entertainment, paired with both grass-roots and pro-level beach volleyball makes the p1440 concept very appealing. Kerri and I have so much history together and it will be exciting to experience that winning success via the attractive concept that p1440 brings to the sport!”

In addition to his coaching prowess, with nine championship teams to his credit, Selznick also was a player for 22 years, collecting the titles of 1980 World Champion of Beach Volleyball and an FIVB Legend of Beach Volleyball and earning 15 Pro Tour wins and 108 top five finishes. He has trained more than 50 Olympians and worked with athletes from 27 countries.

“Dane Selznick is the perfect choice as director of competition and sport for p1440 events,” Walsh Jennings, p1440 said of her former coach of six years. “Dane was born and raised in the sand and his journey in the sport has been dynamic and prolific. Dane offers a winning blend of traditional, ‘old school’ roots, along with a deep knowledge and respect for the current trends in the game. In the footsteps of his iconic father, Gene Selznick, Dane has experienced the sport from all perspectives, and he is truly an asset and a blessing. We are so proud to welcome him to our team!”

P1440 kicks off its eight event season in September. To learn more about the platform and Walsh Jennings’ goals for its impact on the game and athletes.

This P1440 announcement warms my heart and makes me so proud. My friend and one of the BEST ambassadors our sport has ever had, Dane Selznick, is officially part of the p1440 team ⭐️ 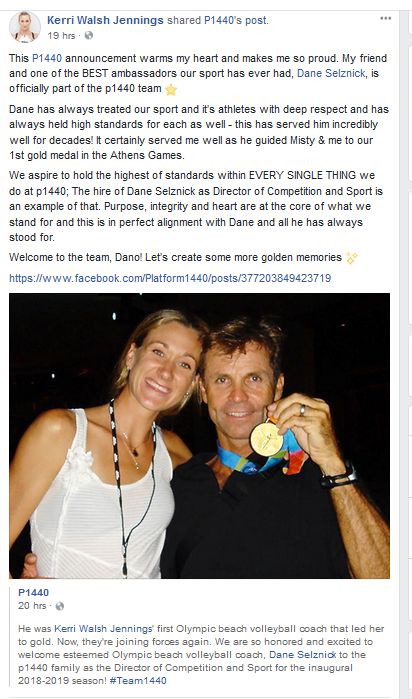