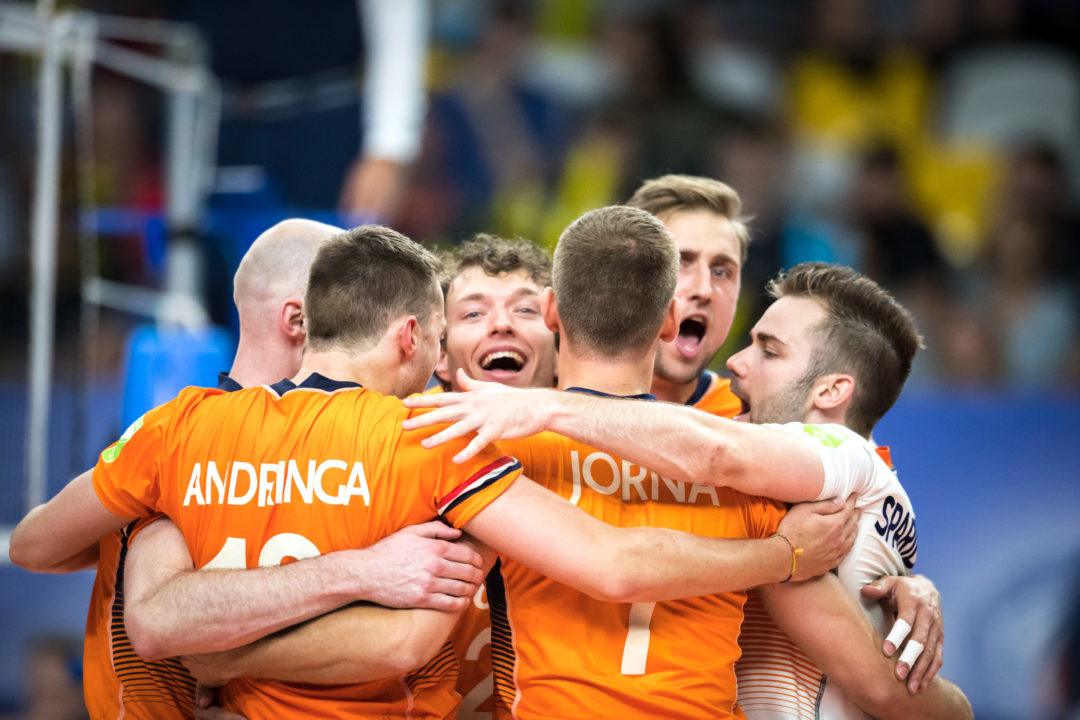 The team returns 14 members of that squad, which went 7-2 and lost to Australia in the bronze medal match, for the European Championships. Current Photo via FIVB

The Dutch are sticking with the group that got them to the Final Four of World League Group 2 play. The team returns 14 members of that squad, which went 7-2 and lost to Australia in the bronze medal match.

Jeroen Rauwerdink is the elder statesman of the team at 31, while Fabian Plak is the youngest team member at 20.

Middle blocker Jasper Diefenbach and oppposite Wouter Ter Maat led the way at Worlds. Ter Maat and fellow opposite Nimir Abdelaziz are the preferred options of head coach Gido Vermuelen, leaving 33 year old Kay van Dijk, a long time national team member (2003-13) out in the cold after including him in the side for a friendly against Turkey.

Also on the outside of the roster are World League team members Robin Overbeeke, Just Dronkers, Stijn Held and Stijn Van Schie.

The Dutch will play in Group D alongside France, Belgium and Turkey.