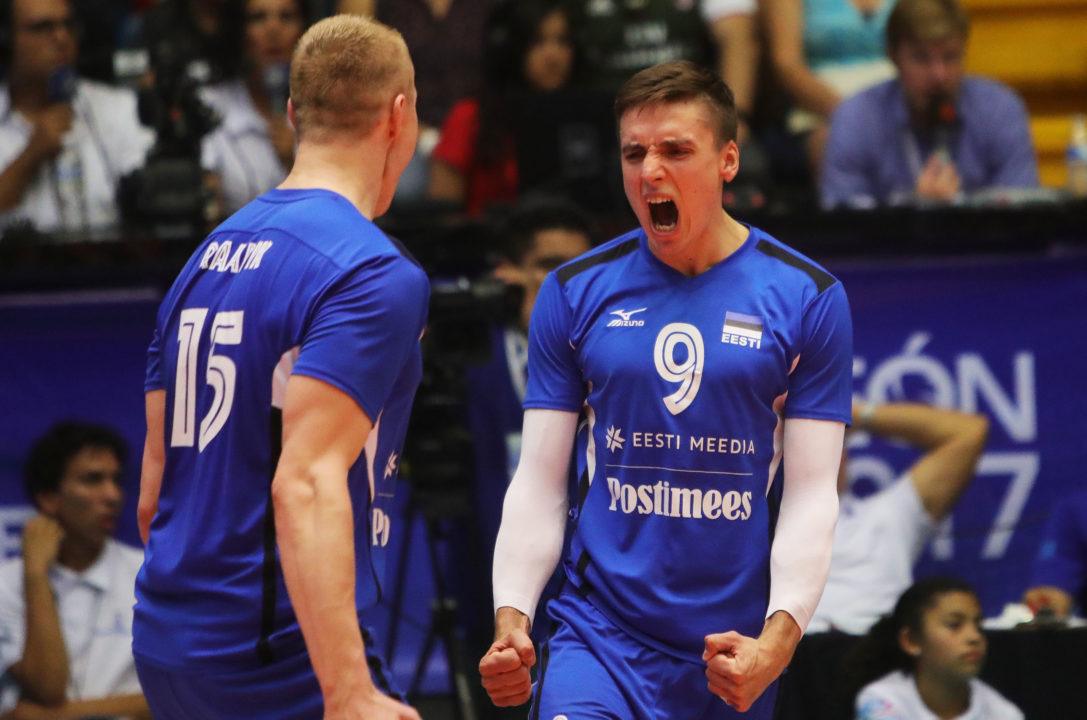 Outsides Robert Täht and Andrus Raadik are two of the players from Estonia's second "golden generation" who'll represent their country in Poland. Stock Photo via FIVB

Estonia Coach Gheorghe Crețu has identified the 14 players who will represent the Baltic country at the upcoming CEV European Championships in Poland.

The side, which is considered part of the country’s second “golden generation” of volleyball, will be making its second straight appearance in the European Championships. They finished 11th in 2015, with previous appearances in 2009 and 2011.

All players on the current roster also competed in Estonia’s first ever World League appearance earlier this year, where they defeated Spain in three sets to win gold in Group 3.

The oldest player on the Estonia side will be 38-year-old setter Kert Toobal who has 240 caps to his name and is the only player to have competed for both golden generations, including all three previous Euro Championship appearances. He plays professionally for Rennes Volley 35 in French Ligue B.

Coach Cretu’s other setter will be Kert’s younger brother, Andres Toobal, who handled much of the duties in 2017 World League play. Another player to watch: outside Andrus Raadik, who plays professionally for Pielaveden Sampo in Finland.