Erika Araki Back Training With Japan Ahead of the World Championships 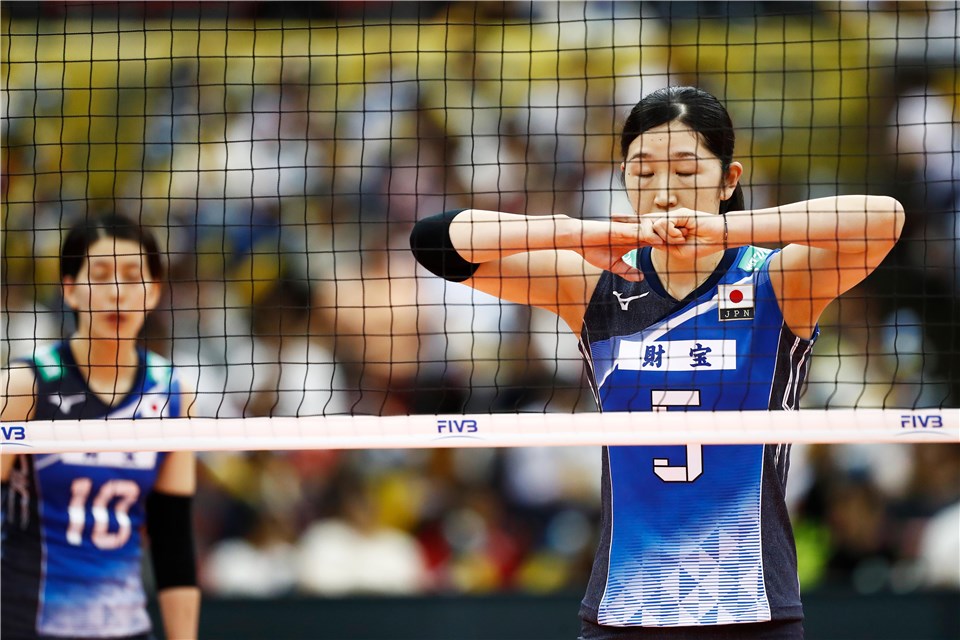 Olympian and former captain, Erika Araki, has resumed working out with the Japanese National Team. While she did not participate in the Volleyball Nations League, she is back preparing for the FIVB World Championships this September - October.  Current Photo via FIVB

With the FIVB Volleyball League of Nations over, teams are starting to shift their focus to the most important tournament of 2018, the World Championships. The tournament will be hosted by Japan and take place from the end of September through October. Since the VNL is a minor competition by comparison to the World Championships, coaches may rest some players who have had long club seasons and may need some rest to get ready for the FIVB’s largest major worldwide tournament.

Erika Araki was one of those players given a rest by the head coach of Japan, Kumi Nakada. Araki, a 6’1″ (186 cm) middle blocker returned to the Japanese National Team on June 25. She was the captain for Japan from 2009 to 2012, helping lead Japan to bronze medals at the 2012 Olympic Games and the 2010 World Championships. She finished her season with Ageo Medics of Japan’s V-League. Her team finished in 7th place of 8 teams and did not make the playoffs.

In addition to the medals mentioned earlier, she helped Japan win the Asian Championships in 2017. She was also a part of the team that won the Asian Championships in 2007. With the exception of a season in Italy with Bergamo (2008-2009), Araki has played all of her professional career in the Japanese V-League. She has won the league 3 times, all of her titles coming with the Toray Arrows.

Last season she was a regular starter for the Japanese in the FIVB Champions Cup where they took 5th out of 6 teams. While she did not start in the finals of the Asian Championships, she came off the bench in comeback victory over Thailand. She finished with 7 points in 4 sets of play. Japan fell to a 0-2 deficit before claiming the tournament title 15-7 in the tie-break.