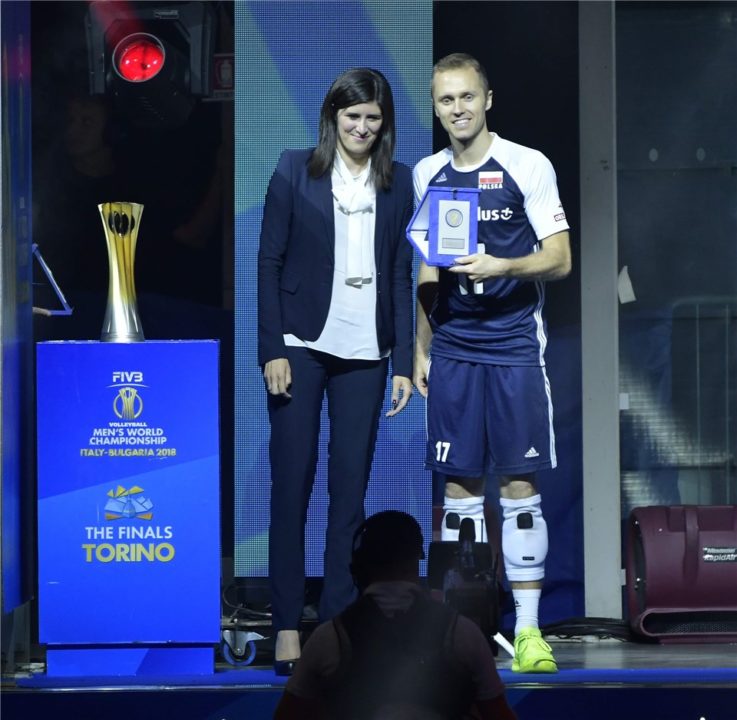 At only 28 years old, it is safe to say that Zatorksi easily has at least another Olympic Games and WCH in his future. With that certainty, fans can be reassured that Poland's backcourt will be at an elite level as long as he is around. Current Photo via FIVB

When he was just a kid and starting out on the sport, Pawel Zatorski felt a strong pain in his heel, to the point that he had trouble walking. The doctor’s diagnosis was pragmatic: “I’m sorry, but you can not do sports. I’m writing you a release note from PE at school.”

Zatorksi described that moment to Przegladsportowy.pl as the worst days of his life. Luckily, his father decided to take him to a very respected orthopedic doctor in another city, who give the boy some hope: “Do not worry, it’s not the end of the world. It is about overload issues. You can keep practicing with less intensity.”

Since that summer, 17 years has passed by and Zatorksi is today one of the best liberos in the world, as well as a 2x World Champion. This time around, he was also awarded the best libero award for his efforts:

“The last four years have really influenced my confidence and experience. The first world championship had already showed and the latter only confirmed my belief that I would continue to do what I do with great pleasure and fun. I did not expect that I would repeat such a great success in my life. If I am once again called into action, why not do it again? I will strive to be in the team at all costs to play for the highest goals.

Always a fair competitor, after being awarded the accolade, he called France’s Jenia Grebennikov, widely considered the best libero in the world by the volleyball media, in an act of modesty:

“I even called Jenia Grebennikow after the WCH, because we are in constant contact. I said that I was lucky he was not there, because he would probably get the prize. I am glad that I managed to play a good tournament. I do not want to pretend to be a false modest here, because I know that we all really played well and deserved success. We all dream about titles in these big events.”