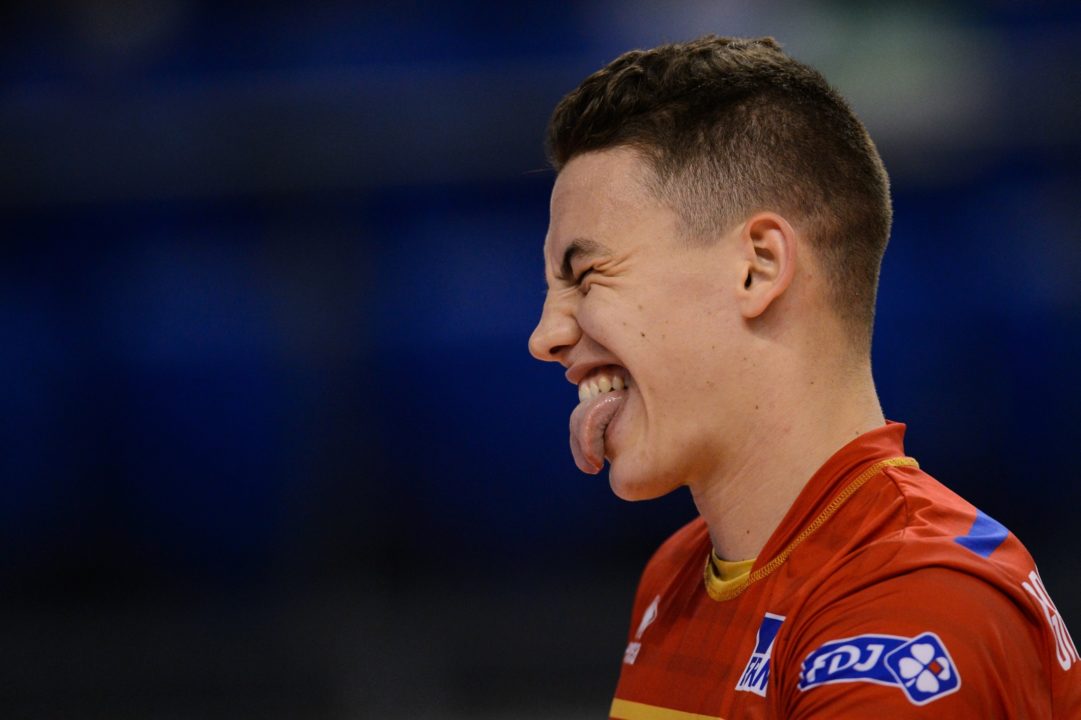 Jenia Grebennikov, the best libero in Europe, has signed with Diatec Trentino. Archive Photo via FIVB

Jenia Grebennikov, libero of the French National Team, born to Russian parents in Rennes, has signed to play for Trentino Volley next season. This will be his 4th-straight season in the Italian league, after spending the last 3 with Cucine Lube Civitanova.

Grebennikov started for Champions League medalists in each of the last 3 seasons, with Lube winning bronze in 2016 and 2017 and silver last year in 2018 (all of which were losses to Russian superpower Zenit Kazan). He’s been named the best libero of all 3 of those champions league final 4s, and has won the same honor at the 2014 World Championships and 2015 European Championships for France, and at the 2017 Club World Championships for Lube.

This is a big signing for Trentino of arguably the best libero in the world, though it’s not the Aaron Russell announcement that fans are awaiting for – Trentino still claiming they can’t afford the outside hitter, but not apparently giving up their quest for him anyway.

Trentino has done a lot of work to shore up their defense this summer already. Besides libero, they’ve added two new middle blockers: Srecko Lisinac and Davide Candellaro.

Last season, Trentino lost to eventual champions Sir Safety Perugia in the semi-finals of the Italian Championship. That came after finishing 4th in the regular season with an 18-8 win-loss record and 51 points.