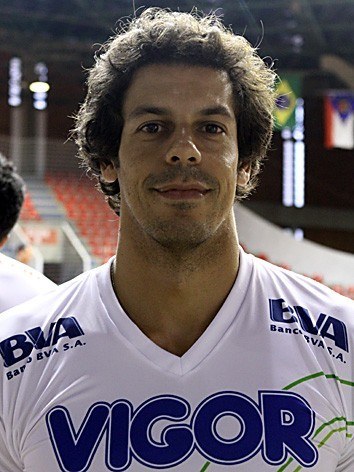 Former Brazilin National Team player Fabricio Stevens Finoti Dias at age 38 has left Sao Jose de Campos in Brazil and transferred to Qatar SC for the rest of the 2017 season. Globo.com announced that Dias will be leaving Brazil and asked him about this “radical” change he will be experiencing in Qatar.

“The beginning is always difficult right?,” said Dias. “Here the system is totally different from Brazil. The population has absurd respect. The biggest difficulty is the cultural issue.”

The Qatar Volleyball Association  has 11 teams and Qatar SC is currently ranked #5. The top 4 teams play for the Copa del Principe while the last 8 teams will fight for the King’s Cup. This league is not as strong as the Brazilian league but Dias stated that he is up for the challenge and is focused for his new team.

The former Sao Jose dos Campos player played in the 2016 Brazil Cup and finished 5th and placed last in the quarterfinals in the Brazilian Superliga A 2015-2016 tournament.

As a left handed utility player, Dias started to play professionally in Brazil in 2000 after he didn’t make it as a professional soccer player. Dias won the Grand Prix Brazil vice-championship back in 2001. Dias has played for various club teams in Brazil since 2000 and went internationally to play in France back in 2005. This marks his first season playing for another country besides Brazil or France.