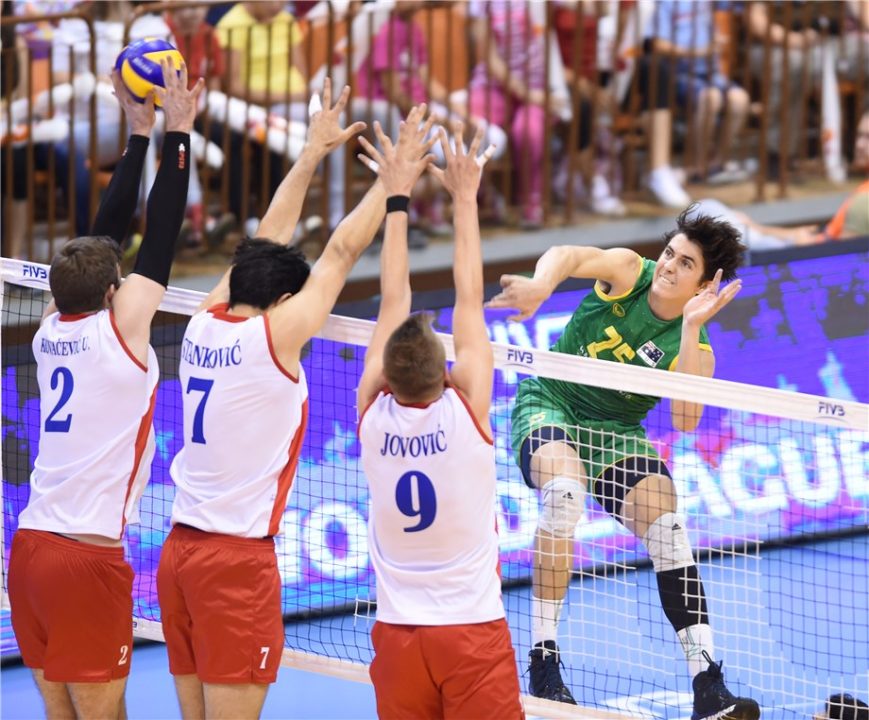 Hypo Tirol Unterhaching has completed their roster for the 2018-2019 season, their second season in the German Bundesliga. Their last... Current Photo via FIVB

Hypo Tirol Unterhaching has completed their roster for the 2018-2019 season, their second season in the German Bundesliga. Their last two signings were Hugo De Leon Guimarares Da Silva from Brazil and Thomas Hodges of Australia. These two players are the last pieces of the puzzle for the club in their attempt to improve upon their fifth place finish and semifinal playoff appearance in their first year as a club.

Hodges will be in his second season after playing collegiately in the United States for UC Irvine. During his senior season he was named Honor Mention AVCA All-American and Second-Team All-MPSF. He played his rookie season in the Italian Serie A2 with Geosat Geovertical Lagonegro. A teammate for Sam Holt, Hodges played in 7 matches for Lagonegro and scored 81 points on the season from 76 kills, 4 blocks, and 1 ace. His team finished his division of the Serie A2 in 11th place out of 12 teams. He joins Matthew Pollock, another player who came from the NCAA.

Da Silvia makes his way to Germany after having just finished a season in the Polish PlusLiga with Dave Smith at Aluron Virtu Warta Zawierce. He played in 28 matches and scored 288 points in the club’s first season in Poland’s first division. His points came from 226 kills, 36 aces, and 22 blocks.