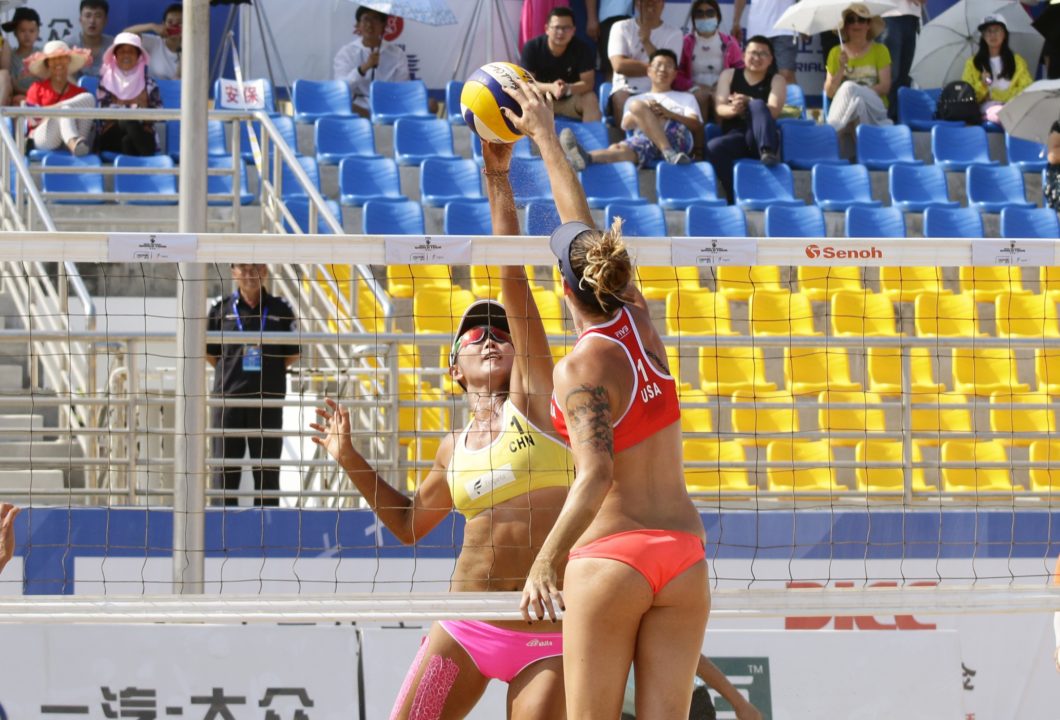 The race for the Haiyang Three Star gold is down to four teams per gender, with three American women's duos and two Brazilian men's pairings remaining. Live streaming of the matches is set to begin at 9 p.m. ET Current Photo via FIVB

The race for the Haiyang Three Star gold is down to four teams per gender, with three American women’s duos and two Brazilian men’s pairings remaining.

Three American pairs – No. 2 Emily Stockman/Kelley Larsen, No. 3 Betsi Flint/Emily Day and No. 24 Caitlin Ledoux/Sarah Sponcil – and No. 4 Sarah Schneider/Cinja Tillman of Germany will battle for the women’s podium spots beginning with the semifinals late Saturday night.

Stockman/Larsen will battle Schneider/Tillmann in the first semifinal set for 9 p.m. ET, while Flint/Day will face fellow Americans Ledoux/Sponcil for a shot at the gold medal.