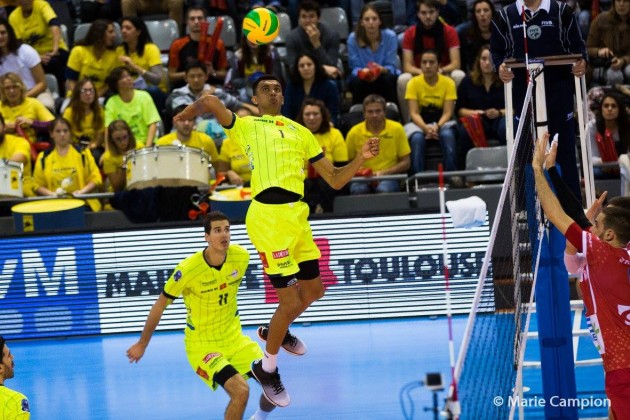 Twenty-year old French national Barthelemy Chinenyeze could be the savior of Asseco Resovia Rzeszow, swooping in as a medical transfer player for the side in the stead of Bartholomew Lemanski, who is out with a foot injury.  Current Photo via FIVB

Twenty-year old French national Barthelemy Chinenyeze could be the savior of Asseco Resovia Rzeszow, swooping in as a medical transfer player for the side in the stead of Bartholomew Lemanski, who is out with a foot injury.

Chinenyeze didn’t even have time to settle into his new home before being thrust into action as the team’s second middle Marcin Mozdzonek went down with a thigh injury and is out indefinitely. The middle made his debut on March 3 against AZS Olsztyn after signing a contract to join the team on March 2. He reportedly had not even practiced with the team before playing. According to Asseco’s announcement of the signing, the contract is through the end of the season, but also offers the team a two-year extension option.

The newcomer, who will don No. 15 for his new club, joined the French national team in 2017 and was a part of the country’s World League gold medal squad. On the club side, Chinenyeze began his career with Spacer’s de Toulouse in the French league in 2016. Spacer’s is currently in last place (12th) in the French Ligue A.

Asseco Resovia, which has won seven Polish national championships, the last in 2015, is in the midst of CEV Cup and Liga Siatkowski play. The team is currently in fifth place in Liga play at 15-10 with 45 points.