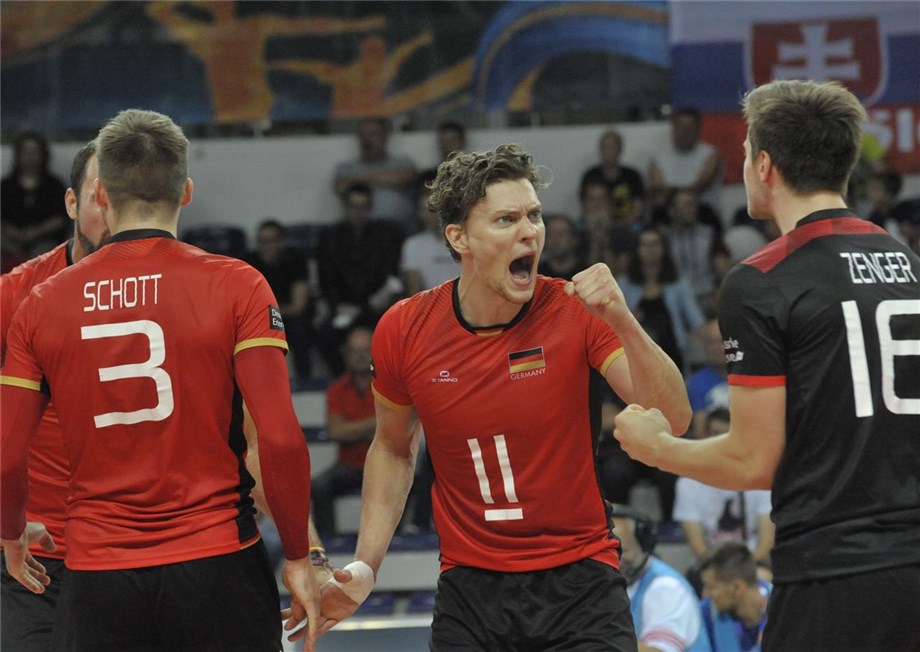 East Germany was one the world’s most powerful volleyball teams of the 1960’a and 1970’s, winning gold at the 1969 World Cup and 1970 World Championship, before falling into obscurity. After unification, the team slowly drove its way back into relevance, winning a bronze medal at the 2014 World Championships and a silver medal in last year’s EuroVolley.

This ressurgence has made German players confident. Setter Lukas Kampa, is one of them. Responsible for some of the team’s greatest successes in recent years, he spoke to FIVB about his plans with the team for the future:

What are your goals for the Volleyball Nations League? Which teams will be the toughest opponents?
We want to reach the Finals, and so need to play well enough at the individual tournaments to achieve that. Every opponent will be a big test for us. It is impossible to name one favorite. We have shown that we can hold our own against every team in the world. It will be important for us to approach every match as though it were a final.

What are the German national team’s goals for this season?
As well as the Finals in the Volleyball Nations League, our goal should be to continue to develop in all areas as a team and individually. The second part of the summer, which for us will consist solely of an intensive training camp, will certainly also be used to introduce young players to this standard and to increase the pool of players available for our national team.

What dreams and goals do you still have as a volleyball player? How long do you want to play for? What are the most important titles you have your sights set on?
It goes without saying that I would like to win another championship at club level, and to challenge for the title in the CEV Champions League. The biggest goal with the national team is definitely to qualify for the Olympic Games in two years, and to challenge for a medal there.