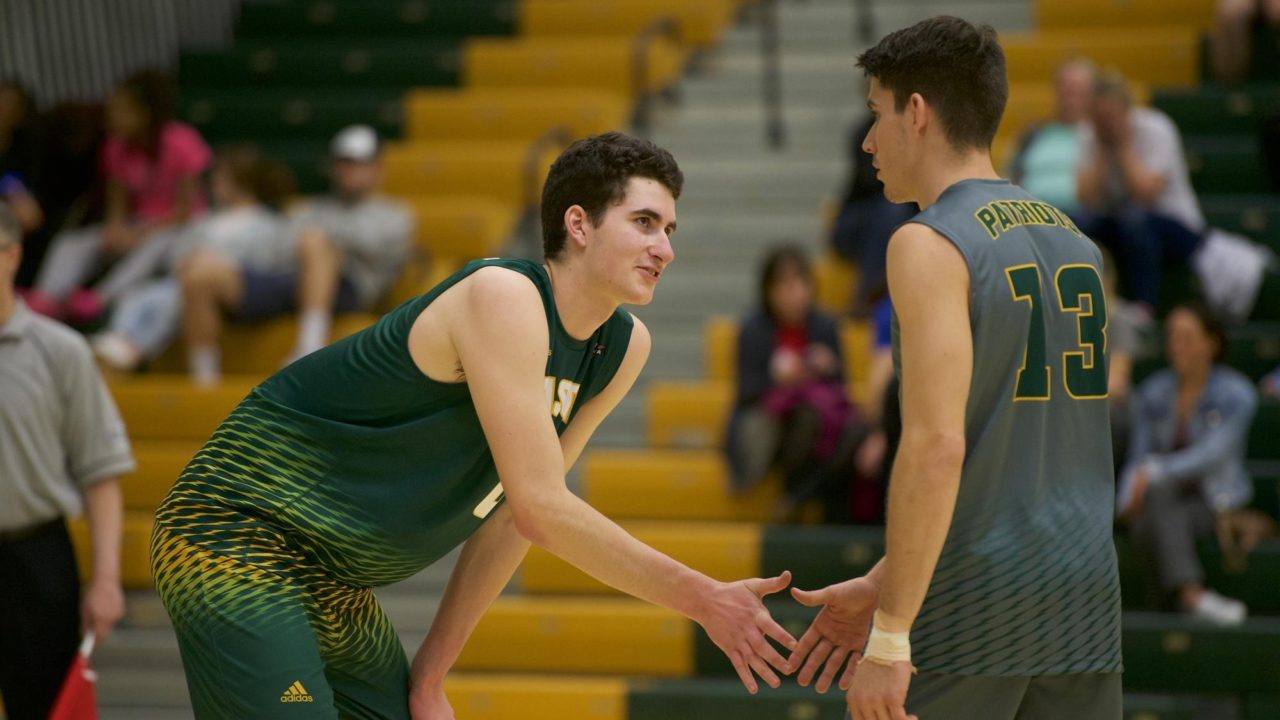 The George Mason Patriots, ranked in the top 15 early in the season, have clawed their way back into EIVA title contention with a big win on Friday against conference foe Sacred Heart. While Mason still ranks just 7th out of 8 teams, with 4 wins they’re just 1 game back of Sacred Heart, Harvard, and St. Francis with still 5 conference games left to play. Only the top 4 teams qualify for the EIVA tournament – the fewest of the four Division I conferences.

“We knew we had to win,” Mason head coach Jay Hosack said after the win. “We have to win out in order to give ourselves an opportunity to have an opportunity [at the EIVA Championship].”

“I think we tend to play better with our back against the wall,” Hosack said. “It doesn’t make me feel very good, but regardless of that factor, this is kind of where it started last year for us and we are just going to keep grinding and let the chips fall.

“As long as we compete I will be okay with that.”

The Patriots started off hot, winning the first 2 sets including a .591 hitting percentage in the 2nd (15 kills, 2 errors, 22 attacks).

They slipped in the 3rd set, but a 4th-set outburst of 5 kills by Jack Wilson carried the Patriots to the 4th set and overall game victories.

Sacred Heart had a balanced offensive output with 11 kills from Michael Comens, 10 from Doug Dzema, and 9 from Taylor Bloomquist. Dzema hit .500 on the game, while Bloomquist added 7 blocks to his statline to lead the team with 13.5 total points.

The two teams play again on Saturday at 7:00, and Sacred Heart will try to improve their service game. After a hot start serving early in the season, they’ve slipped from the line as of late and on Friday went ace-less for just the second time this season.

The win marks Mason’s (11-11, 4-5 EIVA) sixth consecutive against the Pioneers (12-8, 5-4 EIVA) and, more importantly, closed in on its opponent in the fight for postseason. In addition, the Patriots improved to .500 overall for the first time since Feb. 12.

“We knew we had to win,” Mason head coach Jay Hosack said after the win. “We have to win out in order to give ourselves an opportunity to have an opportunity [at the EIVA Championship].”

The EIVA Offensive Player of the Week Jack Wilson had another big night and finished with match-high 16 kills, but the night belonged to freshman outside hitter Sam Greenslade, who had career-high 12 kills and two service aces for the crucial win. Greenslade left his mark on the defensive end as well with three kills and three blocks.

The defense, led by AVCA Preseason All-American Johnny Gomez with match-high 16 digs, was the driving force for Mason’s dominant start. The Patriots won the opening two sets 25-15 and 25-16, respectively, while picking up eight team blocks and holding Sacred Heart to .021 hitting in the process. Mason’s reception was flawless on the night, holding Sacred Heart – a team that averaged 1.33 aces per set – to zero points from service.

The Pioneers got back in the match with a 25-20 triumph in the third set, which they controlled for the most part. Falling back by five as early as 7-2, Mason clawed back later on and tied it up at 17-17 with a solo block by Wilson, one of the four for Mason on the night. However, Taylor Bloomquist contributed to two big blocks and picked up a kill to help Sacred Heart to a 4-1 run that was crucial to the outcome of the set.

Mason wasn’t at its best early in the fourth set as well, wasting away a three-point lead to trail by one at one point, but then Wilson and Greenslade took control of the offense and combined for nine of the team’s 13 kills in the set. The Pioneers, who also had 13 kills but with far lower efficiency than the Patriots’ .379, stuck around for a while but ultimately Mason went on a 6-2 run to win the first match of the weekend’s doubleheader. Greenslade and redshirt senior middle blocker Graham Gresham, who had two blocks apiece in the stanza, combined at the net for the match-winning point for 25-19.

“I think we tend to play better with our back against the wall,” Hosack said. “It doesn’t make me feel very good, but regardless of that factor, this is kind of where it started last year for us and we are just going to keep grinding and let the chips fall.

“As long as we compete I will be okay with that.”

The Patriots will face the Pioneers again on Saturday in a match that will be just as important to their postseason chances. The time – 7 p.m. – and the place – RAC Gym – remain the same.

The Patriots found their rhythm in the second set jumping to a 13-8 lead early on
Comens , and Christopher DeLucie added kills to move the set within four points
Back-to-back kills from Comens would give the Pioneers a shot at a comeback, but the Patriots would respond to take the second set 25-17

With a sweep in sight the Pioneers responded with dominance in the third set, jumping to a 7-2 lead
The Patriots would claw back, moving the score to 17-15 in favor of SHU, but a Taylor Bloomquist kill, and a couple of Patriot attack errors would prove to much, as SHU would go on to take the set 25-20

George Mason managed to regroup in the fourth set, as each team would go back and fourth moving the score to 16-14 in favor of George Mason
Dzema and Blake Cox would add a pair of kills for the Pioneers as the score remained within two
George Mason would finish the night with a 25-19 win