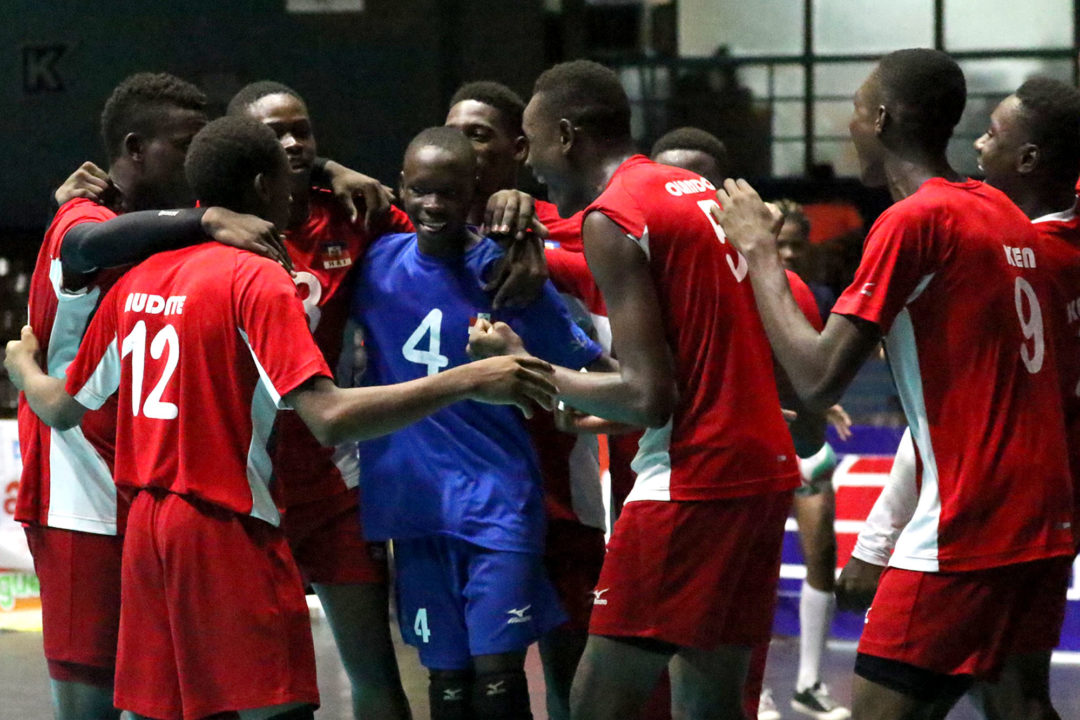 Guatemala won via sweep, while Haiti went the distance, rallying for a five set win for the right to play for fifth place at the NORCECA U-21 Championships.  Current Photo via NORCECA

Day 5 of the NORCECA U-21 Championships began with the fifth through eighth place qualification matches. Guatemala won via sweep, while Haiti went the distance, rallying for a five set win for the right to play for fifth place.

Twenty-seven Nicaraguan errors and a 44-35 lead in kills gave Guatemala the edge in the sweep. The Guatemalans held their own errors to 18, while trailing their foes in blocks (5-3). Both teams managed just one ace in the match.

“The main thing in the triumph today was our attitude,” Guatemalan captain Diego Ralon said. “The previous matches were very complicated, we slowed down and did not raise our heads. The rest day yesterday allowed us to analyze things well, so tomorrow we will be the same in search of securing the fifth place. Sometimes it is not the best players but with a high morale everything is possible.”

Edgar Maldonado racked up a match-high 17 points on 16 putaways and a block to pace the victors. Jonatan Paz add 10 points all on kills followed by David Ismalej Ixpata‘s eight terminations. Diego Ralon served up the team’s lone ace.

Jonny Zeledon did all he could for the Nicaraguans with 17 points, all on kills. Zeledon’s nearest help, however, came in the form of eight points by Diego Cuadra Sandoval (6 kills, 1 block, 1 ace).

“This game was unexpected,” Zeledon said. “We committed too many lapses and we lost concentration, and Guatemala was superior. The spirit was fundamental for that team, which took very good advantage of all our mistakes to counterattack and we did not finish the actions of attack. When we did it they lifted the ball, it was a complete fiasco, and the rivals were more effective and technical.”

“It was a very good game and in front of a team that in our area of ​​Cazova had always won,” Haiti’s technical director Adolphe Ralp said. “But today we were motivated and played happy since the match started in order to meet with the purpose, and technically the blockade was one of our best weapons. For me the victory was not a surprise because we prepared ourselves to meet this objective, I am very happy.”

Jean Phillipe Bayol was top among the Haitians with 20 points, while Edgar Dumay (14) and Olando Joseph (13) also posted double-digit efforts.

“We made many unforced errors, otherwise we would have finished earlier in our favor,” Barbados coach John Stuart said. “This is the first time that Haiti has beaten us.”