Guimarães Had Golden Advice For Grandson After 2016 Rio Defeat 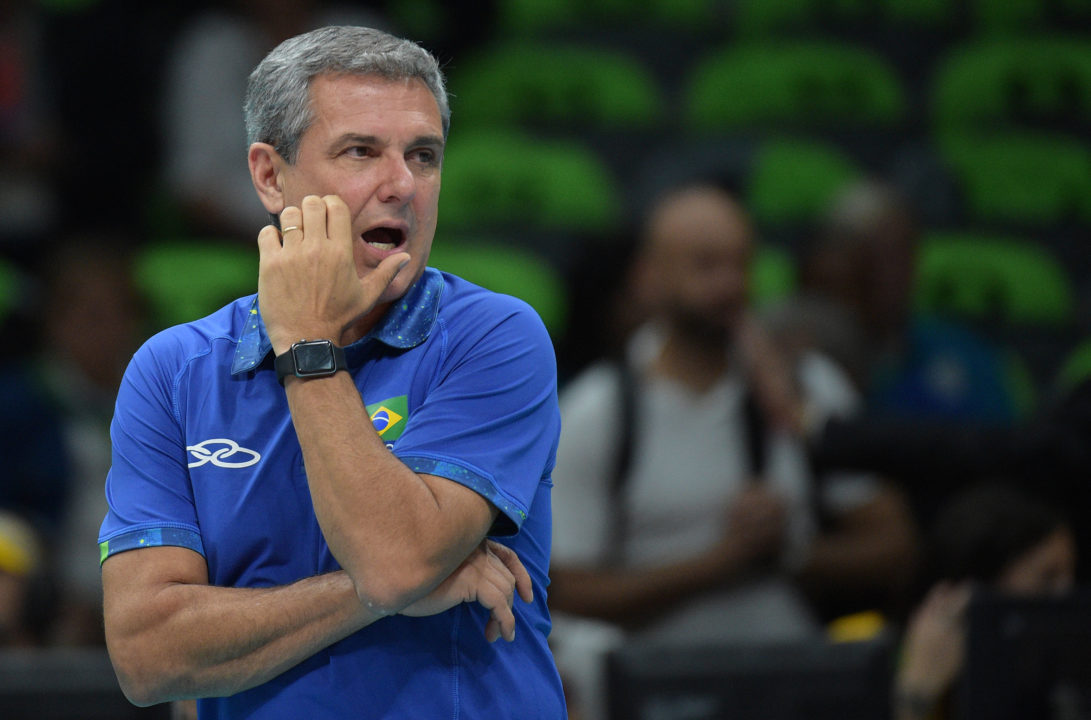 Olympic.org’s Facebook page published a video of Brazilian coach José Roberto Guimarães sharing an emotional moment with his young grandson after being knocked out of the 2016 Rio Olympic Games. Having a moment of reflection alone just moments after China’s final point in the quarterfinal match ended Brazil’s dream of three-peating as gold medalists at home, his grandson rushed to the court crying to hug his grandfather.

When he (Felipe) arrived, it broke my heart. But a grandfather needs to be strong. I told him that it this is a part of life. One day we win. One day we lose. The other team was better. He had to learn that. We need to train harder to win. That was the message I tried to pass on.

The defeat at Rio was heartbreaking for Brazilian fans and players alike. After winning two consecutive gold medals in the previous games, Brazil was by far tournament favorites. After all, in addition to all the obvious favoritism that comes with being the world’s top team, they had a three time Olympic gold medalist and nine time FIVB Grand Prix winner coach in command.

The team went through pool play unscathed, winning all of its five games 3-0, including against China, who would later knock the team out in the quarterfinals in a 3-2 battle. China then went on to win the gold medal.

Since then, coach Guimarães chose to stay in Brazil to develop volleyball in his hometown of Barueri, even though he had very lucrative offers from clubs around the world. His decision meant that he had to take the hardest road in Brazilian volleyball. Instead of assuming a team already in Superliga, he had to build his squad from the ground up, and make his way into Superliga starting from the third division of Brazilian volleyball. He did, with national teamers playing for free in the beginning, before Barueri had any sponsorship. Today, Hinode/Barueri is one of the favorites for the 2017-2018 Superliga title.

The video gathered 2 million views in only two days. To watch it, please click the link below: