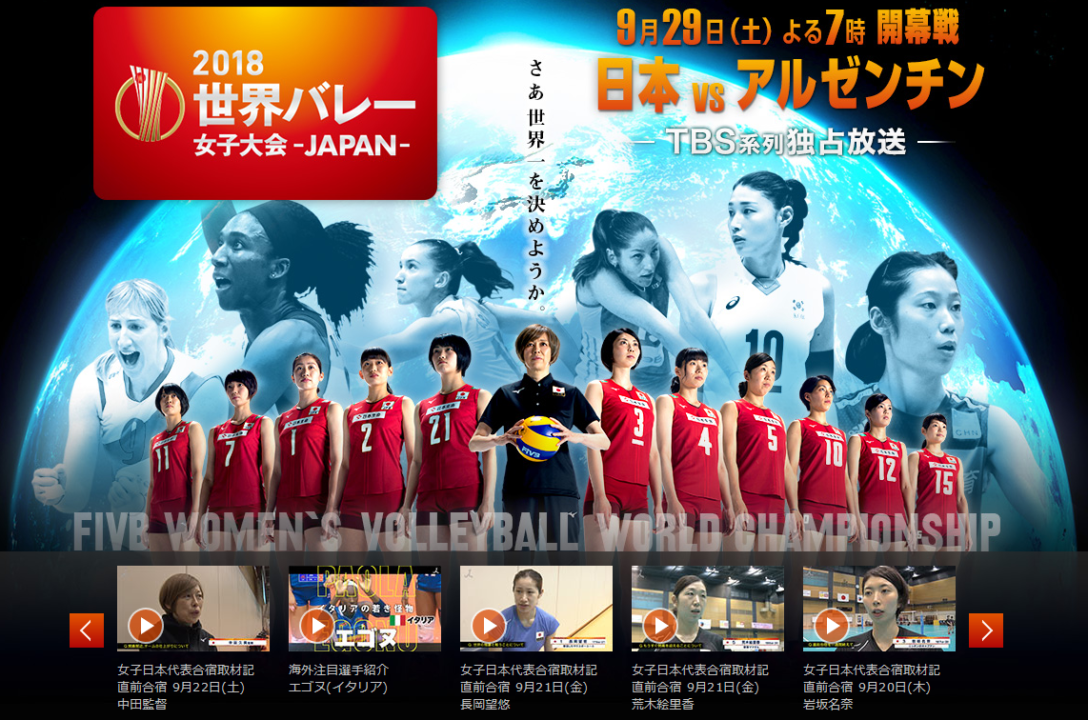 As part of the run-up to the 2018 FIVB Volleyball Women’s World Championship in Japan, host broadcaster Tokyo Broadcasting System (TBS) is going all out on their home page for the World Championships. TBS has just released in the last day or two 30 second profiles on foreign stars to be playing in the tournament. The stars with videos are

The amount of information available on the TBS homepage is almost mini encyclopedia of videos alone on modern Japanese volleyball going back to 1998. There are highlight videos from past matches that Japan hosted in 1998, 2006 and 2010. For myself I am very familiar with the 2010 team with Saori Kimura, Yoshie Takeshita, Saori Sakoda and Erika Araki. Additionally each of the female announcers that TBS employs gave a quick profile on which Japanese national team player they like.

TBS even has interviewed a number of players daily after their practices at the national training center in Tokyo.

TBS has invested a great deal of time and money to make sure that the tournament performs well in front of a domestic television audience, but also to global audience as well.