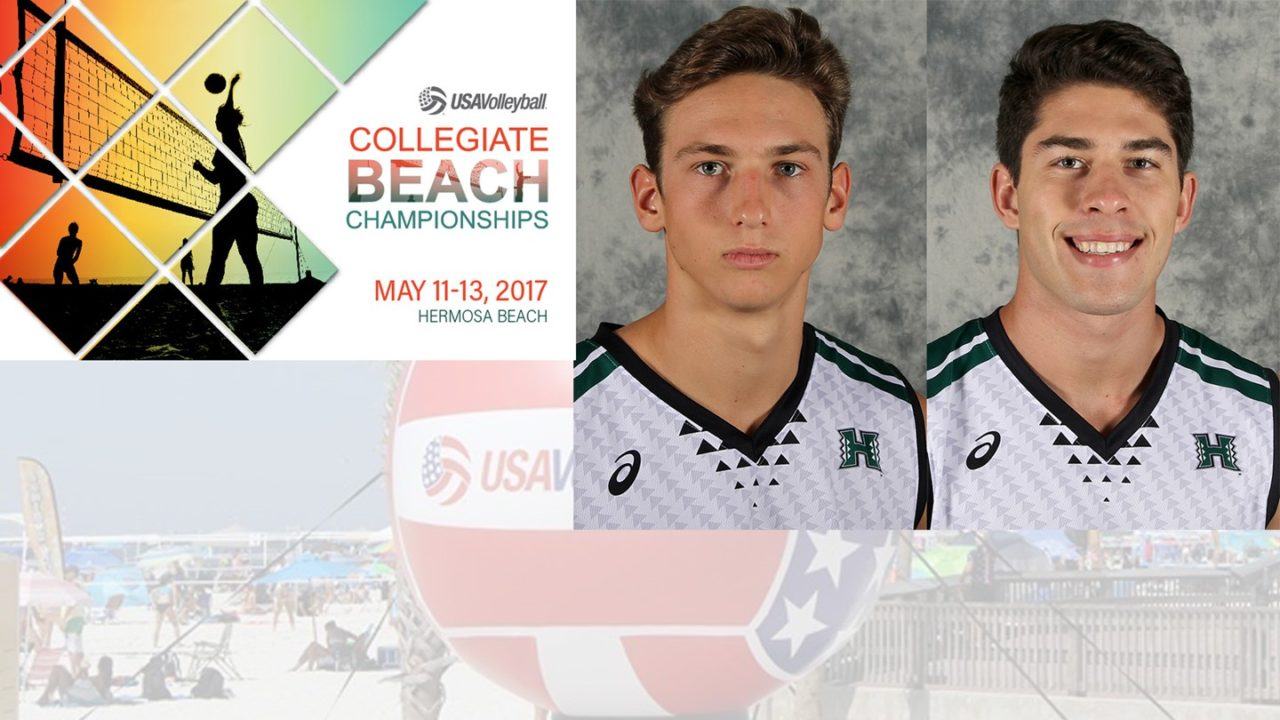 The duo, which played on the Rainbow Warrior's NCAA semifinal team, sits atop group C after Day 1 of the championships.  Current Photo via Hawai'i Athletics

The USA Volleyball Collegiate Beach Championships are underway. The 12 men’s teams have been divided into three pools, A through C. Only American citizens were eligible to play in the tournament. The event is part of the Team USA Summer Champions Series and will serve as a Team USA Trials, garnering a spot to the top men’s pair for a USA Volleyball collegiate beach national team.

Hawaii’s Brett Rosenmeier and Colton Cowell sit atop the pool with a  2-0 record after taking out Nathan Vander Meer and Logan Webber of Davenport and Cincinnati Christian in three sets while also defeating UC Irvine’s Grant Friedman and Scott Stadick in straight sets.