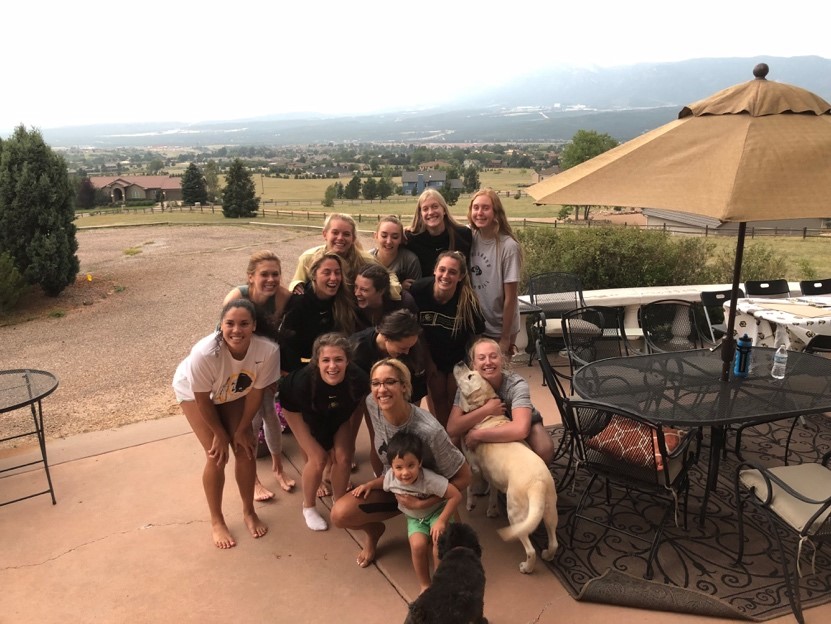 Colorado senior outside hitter Alexa Smith shares about the team's preseason camp at the Olympic Training Center, family dinners and thoughts on her last season.  Current Photo via University of Colorado Athletics

Colorado senior outside hitter Alexa Smith shares about the team’s preseason camp at the Olympic Training Center, family dinners and thoughts on her last season.

Smith was named to the Preseason All-Pac-12 team earlier this week after posting 3.97 kills and 2.83 digs per set en route to AVCA All-America second team honors in 2017. Smith was VolleyMob’s National Player of the Week (9/19) and went to be a VolleyMob All-America Honorable Mention selection.

The 2018 Buffs are ranked 15th in the AVCA Preseason Poll and 15th in VolleyMob’s Power Rankings. Colorado was picked to finish fifth in the Pac-12 by the league’s coaches.

As a volleyball player, the month of August is one of the most exciting months of the year. Getting back on campus with teammates, getting new gear, and , of course, getting to finally play games again.

This year is a little different for me though. It’s the last time I’ll ever do this a college athlete since it is my senior season, and I’m taking every opportunity to soak it all in.

Unlike most players who leave home and return to campus for preseason training and two-a-days, I am lucky enough to get to go home for my pre-season training.  Every year, our University of Colorado volleyball team has the privilege of training at the Olympic Training Center in Colorado Springs for a week, which is only 20 minutes away from where I grew up.

At the OTC, we obviously spend a lot of time playing volleyball, but we also work on getting stronger in the weight room, and bonding as a team. We typically spend our morning sessions breaking things down whether that is implementing defenses or getting serve and pass reps. In our afternoon sessions we mostly play games and implement everything we worked on in the morning. Then, we have meetings at night to either watch film or talk about team stuff.

There are a few things I love most about having pre-season training at the OTC:

There are going to be a lot of “lasts” in my senior season, and for my last preseason training I am extra thankful for the opportunity to be practicing in my hometown at the Olympic Training Center.

is Shelby still on the team?