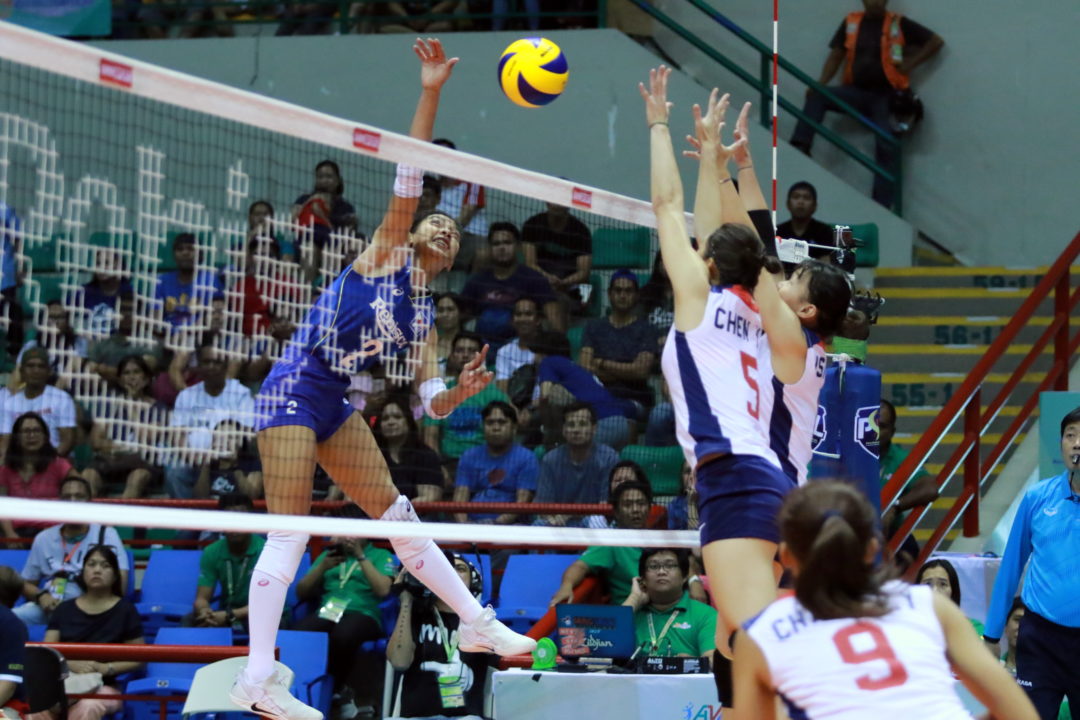 Considering the fact that Alyssa has over 1.6 million followers on twitter alone, getting elected should be easy for the Philippine phenom. Current Photo via AVC

The Philippines hosted the 2000 FIVB Grand Prix. In that occasion, the country’s volleyball community fell in love with a particular player, Brazil’s Leila Barros, partly because of her superb play, partly because of her beauty. But little could Leila imagine just how much her effect on the country’s young players would last until present day. The news of her election into Brazil’s senate motivated Philippines biggest volleyball star, youngster Alyssa Valdez, to voice her intentions of one day following into Leila’s footsteps. Here is what she had to say of the matter to Spin.ph:

“Maybe the point of it all is to serve your country after volleyball. I’m not closing any doors, and I’m really happy to help anyone, so who knows.
Maybe I can’t limit my responsibility only to sport. Of course, I would still need more experience. Even Leila took some years after retirement to start serving her country in politics.

My Ateneo teammates really want to form a group to fight for our sport. After playing in other countries at events like the Asian Games, I see how much support other countries give to their athletes. I want this to happen in the Philippines as well. As of now, there’s still a lot going on for us in volleyball, but if we someday settle on this idea, why not?

Leila is probably one of the biggest heroes of Philippine volleyball. She is one of the most admired people in the sport, she is the reason we’re all here. As a volleyball player, I’m just really proud of someone who is very strong and brave enough to start another chapter of her life like she did.”