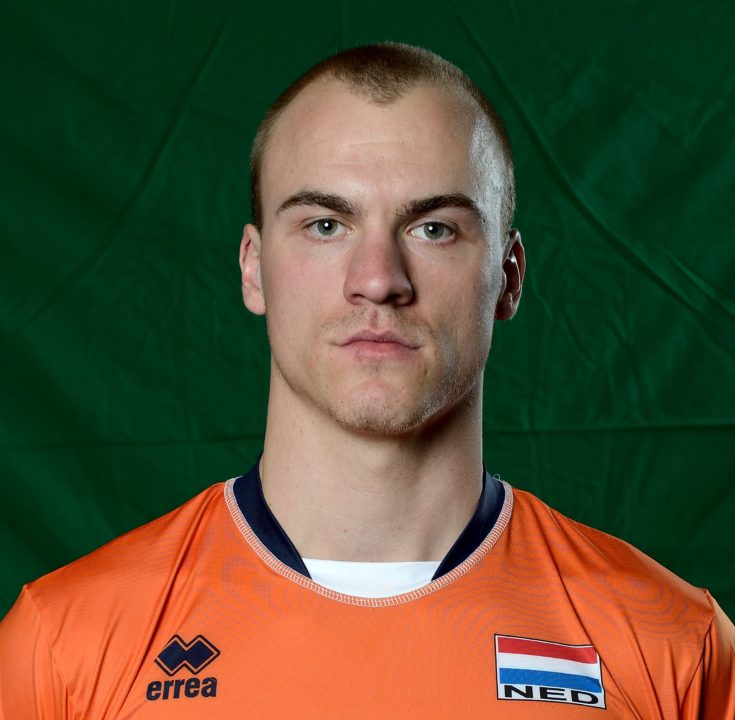 Emma Villas Siena has announced in its official website the signing of Dutch national teamer opposite Hidde Bowsinkel through the end of the season. Boswinkel, who is 22 years old and 6’6″ in height, is transferring out from Moscow Bruno Bolano, which despite its name, is a fellow Italian Seria A2 club.

Boswinkel is having a very productive A2 season so far. Up to now, he has scored 299 total points for an average of 18.7 points per game, on a 43.8% hitting percentage. In the past he has played in in his home country of Holland, as well in Italy’s A1 League for CMC Romagna (2015). Here is what he had to say about his new team:

I am very happy to be at Emma Villas. I thank the opportunity that has been given to me. I will play for a strong team that is currently in the fourth position of A2’s white group. I know that in Siena there is a good audience and that the team is followed and supported. I can not wait to start this new adventure. This is a great group, I know there are big ambitions and important goals. I hope the team plays a great game in the Coppa Italia semifinal against Bergamo and then we will have the game in Santa Croce. I hope I can do well with this shirt and be able to grow as a player. The Italian Serie A2 has a fairly high level and for what I saw, there is a lot of balance between the teams taking part in the tournament. I’m happy to be in one of the strongest clubs in it.

Emma Villas Siena is currently in fourth place in the standings of the White Group of Italy’s Serie a2 with a 9-5 record.

Italy’s Men’s A1 league are home to a massive number of national teamers from various countries around the globe, but Italy’s Volleyball Federation President wants to take a different route with the Women’s league.