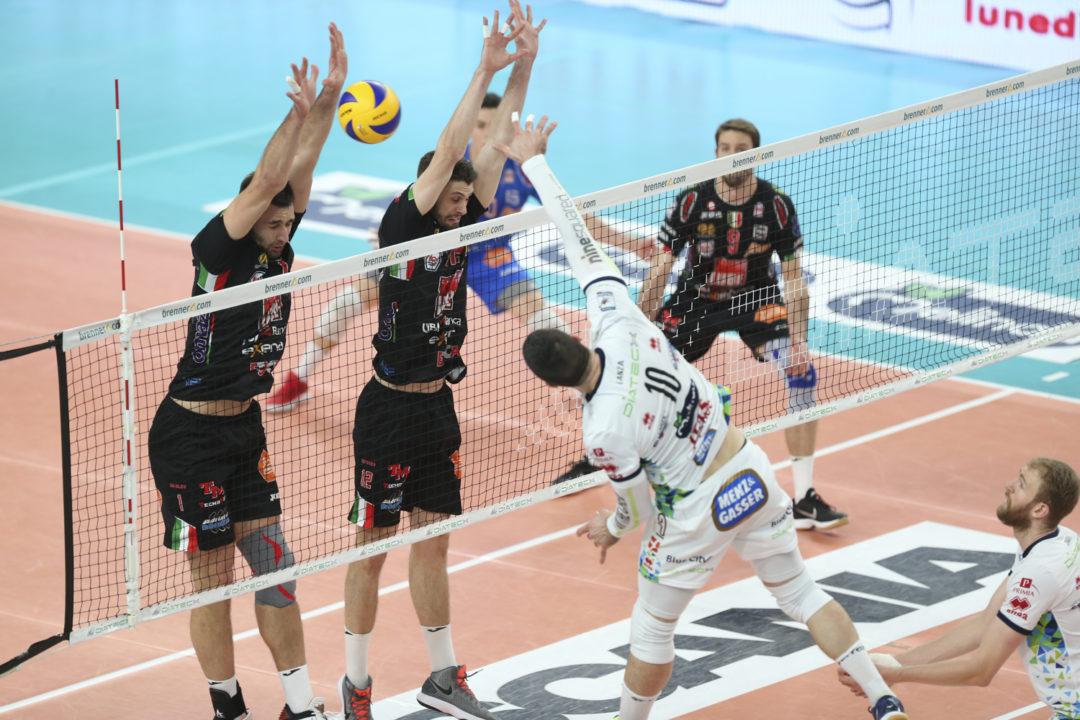 Week 18 in the UnipolSai Italian Men’s League saw the end of a 9 game winning streak by Diatec Trentino, falling to their rivals Civitanova Lube in 4 sets on Italian national tv.  The scores do not paint a pretty picture for championship hopeful Trentino, as they lost the first and last sets 25-13 and 25-14 respectively.

Bolstered by the return of American Max Holt who missed multiple games with the flu, Azimut Modena made quick work of Calzedonia Verona with a comfortable 3-0 victory. The surprise for Modena was their MVP, recently turned 22-year-old Andrea Argenta, who earned the award in his first start of the season. Verona, who had been playing well since the insertion of Iranian Javad Manavi into the starting lineup, was hoping to prove that they belong with the trifecta of top clubs, but the severity of the loss further proves the talent gap between Modena, Civitanova Lube, and Perugia versus everyone else.

Vibo Valentia showed some guts with a comeback from down 0-2 against BCC Castellana Grotte. Unfortunately, both teams are firmly out of the playoff picture so the win was a purely moral victory, although one that I’m sure feels satisfying for the 4-14 club. Piacenza wins their second 5-setter in a row due to solid contributions from Trevor Clevenot and 39-year-old Alessandro Fei, who gives hope to older volleyball players with every one of his 20+ point performances.

Game of the week will definitely be Modena vs. Civitanova Lube. Both of these teams are contenders this season and have looked unstoppable at full strength.