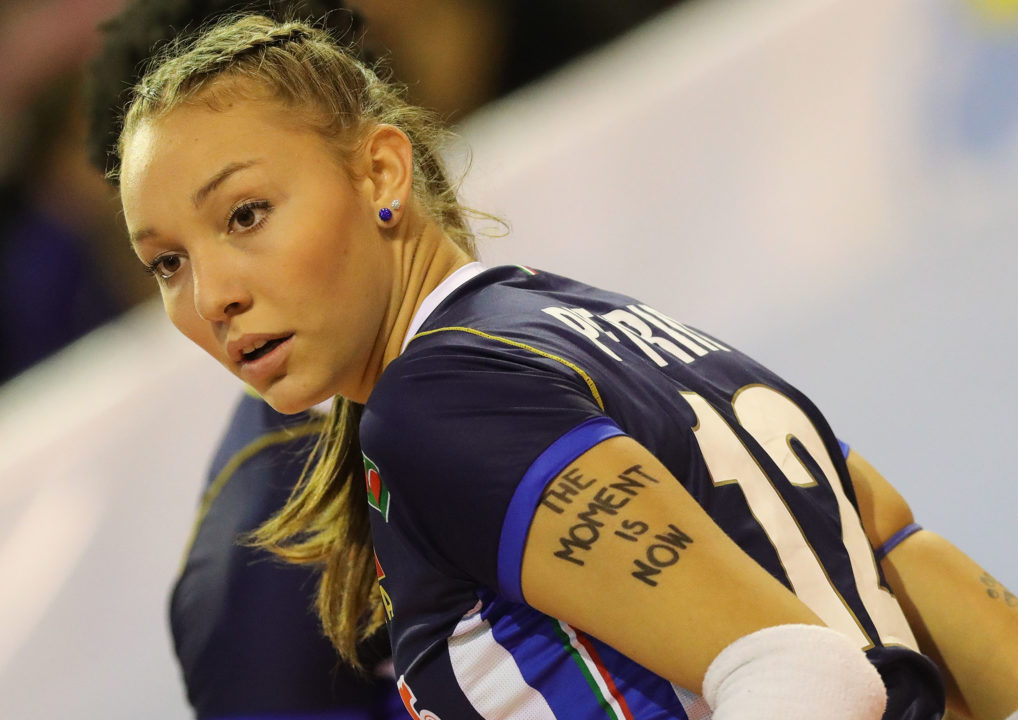 Elena Pietrini, the MVP of last year's U18 World Championships, has been called up to the Italian National Team training camp. Archive Photo via FIVB

Italy’s Women’s National Team head coach Davide Mazzanti has called a group of 18 women to the 2nd week of Italy’s pre-World Championship training camp at the Giulio Onesti Olympic Training Center in Rome. Included on the roster is most of the country’s ‘A’ team, with the notable exception being 22-year old outside hitter Alice Degradi, who was on the team’s roster for the Nations League but saw very little court time.

Otherwise, the roster is basically full, at least among the country’s healthy players. That means no Catherine Bosetti, who went down in March with a knee injury; or Raphaela Folie, who had knee surgery earlier this year.

But Italy’s roster is now as full as it can be given those health situations as the team heads toward the World Championships that run from September 29th until October 20th in Japan.

That includes 19-year old opposite Paola Egonu, who led Italy with 180 points in the Nations League in spite of missing the first two weeks of play. After a slow start to the tournament, Italy became one of the best teams in the tournament with Egonu’s return: they won their last 8 games, including wins over Brazil, the Netherlands, and China.

That still wasn’t enough for them to qualify for the Final 6; they wound up in 7th place, and one spot out of qualifying for the next round of the tournament.

The team is also calling up some young players, and especially members of the Club Italia project, like 18-year old Elena Pietrini, the MVP of last year’s U18 Girls’ World Championships. Myriam Sylla, who missed the last week of the Nations League without any explanation, is also in the training camp.

Italy will play in Pool B at the World Championships along with Bulgaria, Canada, China, Cuba, and Turkey. They’ll open their tournament on September 29th against Bulgaria.