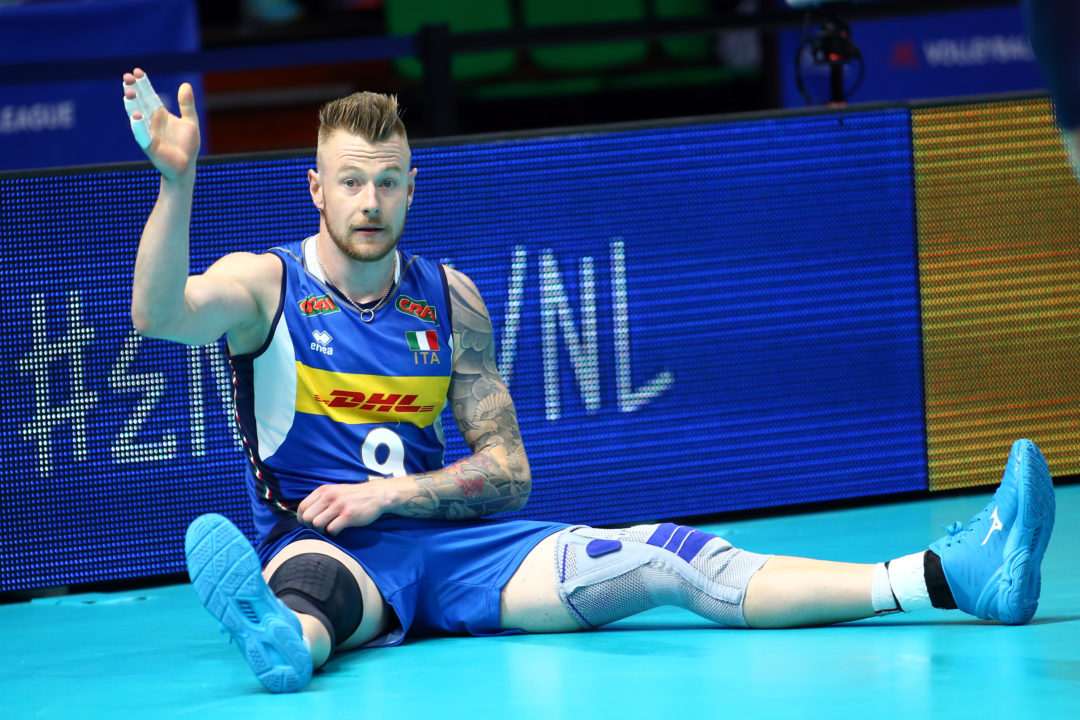 Led by 21 points from Ivan Zaytsev (above) Italy was dominant in the first match, and then in the 2nd, the Netherlands won by the same 3-2 score that they recorded in the final of the 1996 Olympic Games. Archive Photo via FIVB

The senior men’s national teams of Italy (World #4) and the Netherlands World #25) squared off last weekend in the Italian city of Cavalese, in Trentino, for a pair of friendlies as they prepare for the upcoming World Championships.

While the modern Italian team is clearly the more powerful and successful of the two, the occasion marked the 22-year anniversary of the teams’ matchup in the gold medal final of the 1996 Summer Olympic Games.

The breakthrough for the Italian side was 21 points from Ivan Zaytsev at opposite, with an additional 15 coming from Osmany Juantorena.

This time, Italy played without Zaytsev, outside hitter Filippo Lanza, or middle blocker Simone Anzani: three of its most experienced players that don’t need as much preparation on the court.

The man who picked up the majority of the Italian points was 24-year old Gabriele Nelli, a 6’11” opposite who has returned to his home club Trentino after spending one year on loan with Padua. Nelli responded to his opportunity on Saturday with 21 points, landing 67% of his shots, though it wasn’t enough to counter the 24 scored by opposite Wouter ter Maat for the Dutch. Veteran 30-year old outside hitter Gabriele Maruotti had a big run as well, scoring 11 kills on 13 swings.

Abdel-Aziz started the match on the bench for the Netherlands, but saw significant court time late (as did many of the other Dutch starters, who began on the bench) and picked up 6 points.

Italy now returns to training in Val di Fiemme on Wednesday until Monday the 13th, in what is their 4th formal week of preparations for the World Championships.

The roster for the camp is the same that Italy has used since week 2.

Meanwhile, the Dutch will take on more friendlies this coming weekend with a pair against France in Montpellier. Those friendlies will be even more significant, as France and the Netherlands both play in preliminary Pool B of the World Championships, where they’ll match up in a counter on September 16th.