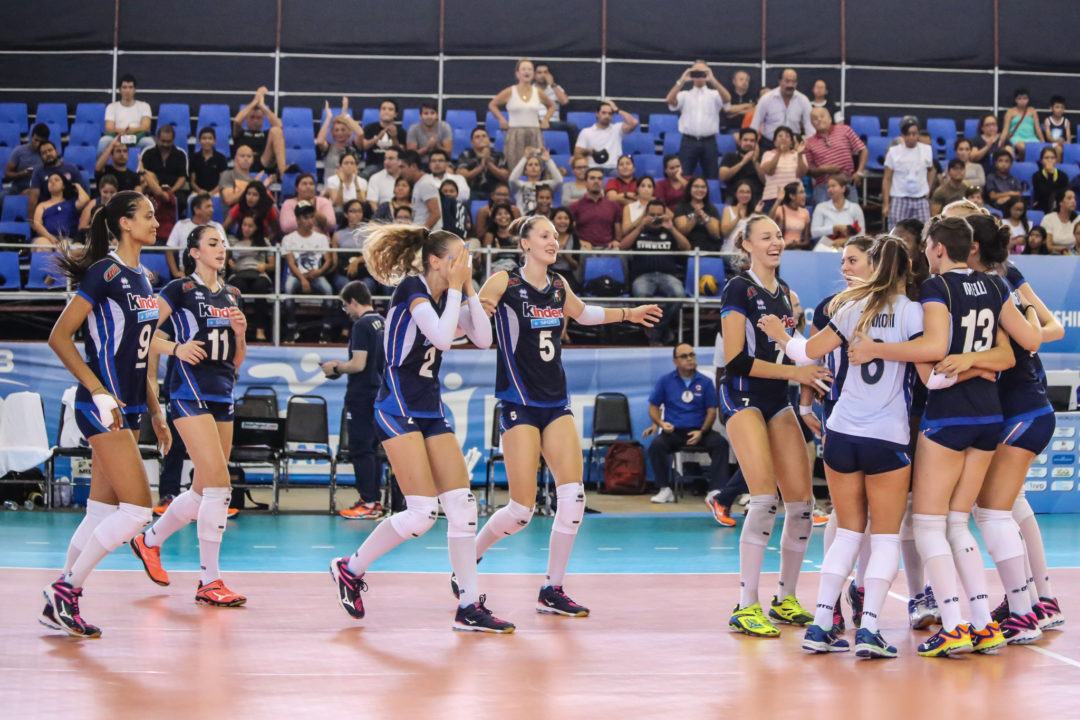 Italy defeated the Dominicans in three sets, but the pair had already secured the top placings in the group. Current Photo via FIVB

Italy and the Dominican Republic moved into the ninth through 12th place classification matches, taking the top two spots in Pool H. Italy defeated the Dominicans in three sets, but the pair had already secured the top placings in the group.

Cuba defeated Egypt for its first win of Week 2 of the competition, but both dropped into the 13th to 16th place classification matches.

With nothing to play for but pride, Cuba dominated Egypt 75-56 in a sweep as Dalila Palma Rodriguez served up eight of the team’s 13 aces.

Errors were the difference as Italy swept the Dominican Republic for the top spot in Pool H.

The DR committed 22 errors, while Italy made just 14 mistakes. That eight-point spread more than made up for a two kill lead for the Dominicans (37-35) and one block advantage (10-9). Italy won the serving battle 9-7 in aces.