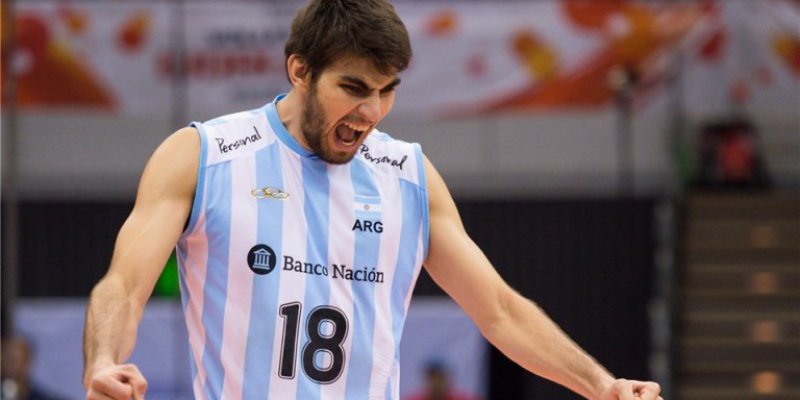 Ezequiel helped Argentina to a 5th-place finish at the 2016 Rio Games Current Photo via http://new.top-volley.it

Italy’s Top Volley Latina has announced in its official website the signing of Argentinian national teamer Ezequiel Palacios to its roster. The 26-year-old 6’5″ outside hitter is set to undergo only his second international season, having played in his home country for the most of his career. A staple in Argentina’s NT at all age levels, he was present in the team’s 5th place finish at the 2016 Rio Games and was part of the team’s roster at this year’s VNL as well. In 2015, he won gold at the Pan American Games with the team.

Here are his first words as a member of Latina:

“I am very happy to start this adventure in the Italian Superlega with Latina, this is a great opportunity for me and it is a dream for all players. Luciano De Cecco told me about the Italian championship and explained to me what kind of environment I will find, I am very motivated and I will try to give my best to carve out my space.”

Latina finished its last season with a 7-19 record, barely fending off relegation at the 11th spot. It will be the perfect spot for Palacios to try to make a name for himself in the world’s strongest volleyball league.