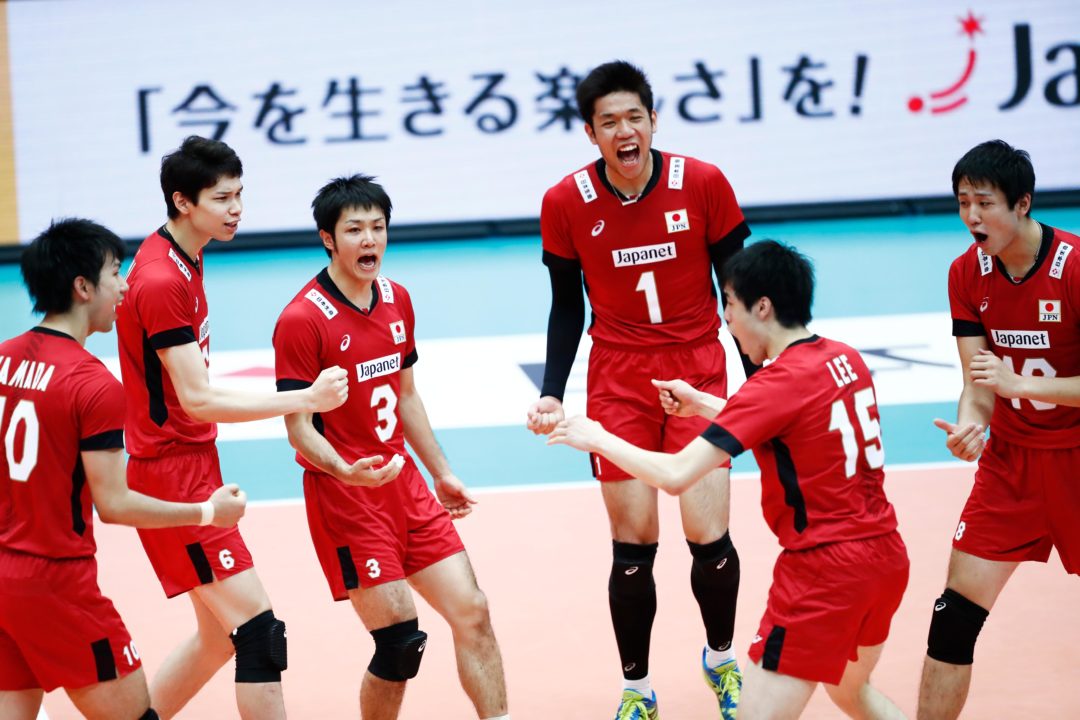 After playing for Japan in the 2017 FIVB World League, Issei Otake (1) joins United Volleys Rhein-Main just days before the start of the Bundesliga season. Archive Photo via Courtesy FIVB

Just days before the start of the season, United Volleys Rhein-Main brings in 22-year-old Japanese opposite, Issei Otake, to replace Australian Mitchell Tulley.

Otake competed for Japan’s national team in 2017 World League play, helping his side reach the finals of Group 2 against Slovenia and finish 14th overall. Twice during World League, Japan defeated an Australian side that included opposite Lincoln Williams, who will now be a teammate of Otake’s in Frankfurt.

The Japanese opposite also represented his native country in the 2017 FIVB World Grand Champions Cup, which was held in Nagoya and Osaka. Otake will take a short break from his new team to participate in Japan’s national university championship.

Otake was born in Kawasaki near Frankfurt’s sister city Yokohama. Frankfurt and the Rhein-Main area have a large Japanese community. His older sister, Riho Otake, has played for Japan’s women’s national team.