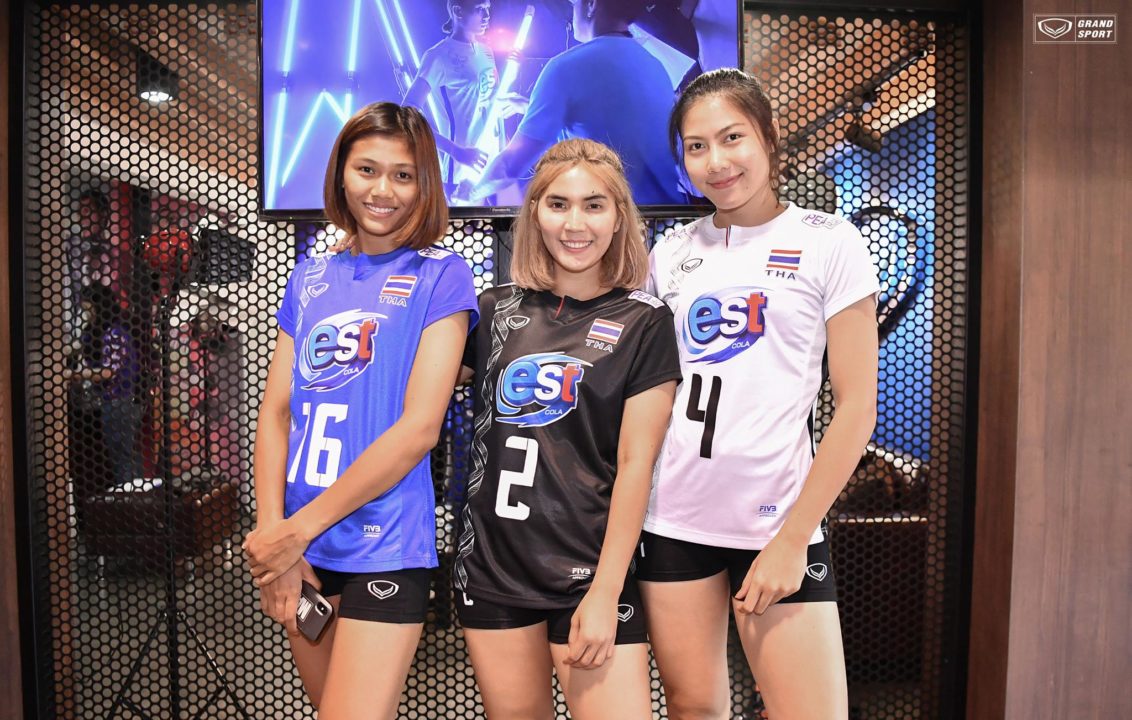 With the FIVB Volleyball Nations League starting play in May, we will be seeing a rush of jerseys from men’s... Current Photo via Grand Sport

With the FIVB Volleyball Nations League starting play in May, we will be seeing a rush of jerseys from men’s and women’s national teams before the tournament begins. On April 20th, the Thailand women’s national team had their presentation of their jerseys shown on Facebook through their jersey supplier Grand Sport. Grand Sport is based in based in Bangkok, Thailand and have been a supplier to the Thailand federation for a while. Below is the Facebook video introducing the 2018 version that the Thai women will be wearing.

The Thai team will be wearing blue, black or white as their primary colors. Each version of the jersey will be paired with black spandex bottoms. 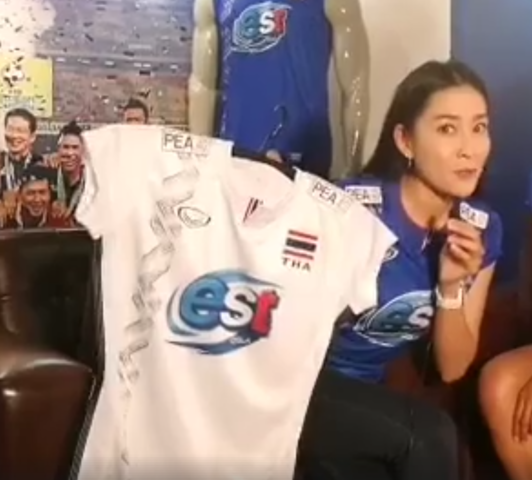 On the far left side of the chest, the jersey uses a graphic pattern which uses chevrons. It gives the feeling of switching between a greater than or less than symbol. Or if you think about it differently, as a slightly rotated DNA helix without the horizontal line. Also, amazingly the Grand Sport logo fits perfectly around the chevron.

It appears that the color of the pattern is a gradation of white, so not fully white. However on the white version is a gray or silver gradation.

One interesting thing is that the front of the collar is split on all of the versions of the jersey. Inside of the split collar, which can appeared covered, is a three colored Thailand flag.

The Thai women will look great on the court and are hoping to make some surprises this season in the Volleyball Nations League and World Championships.