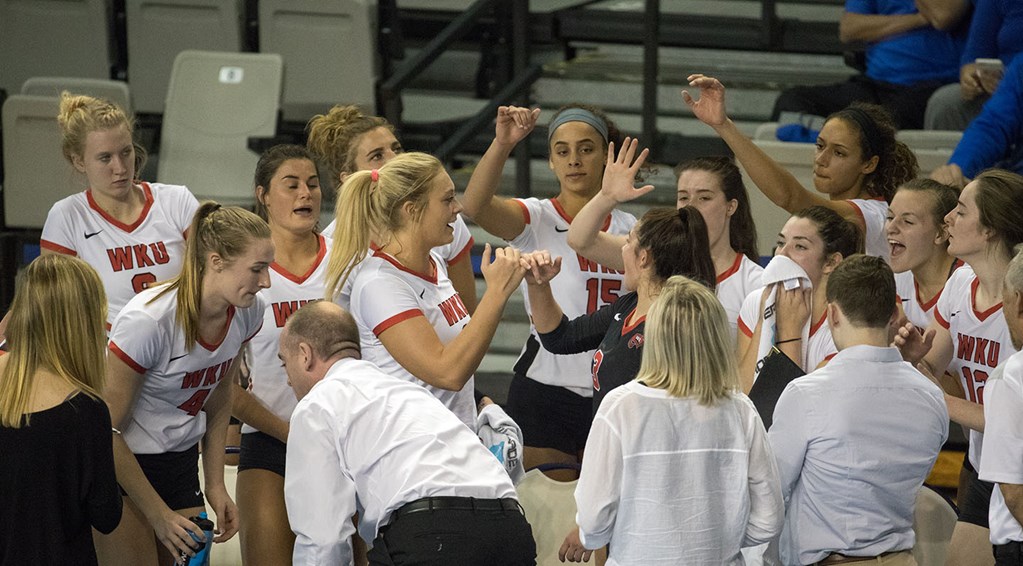 Playing in her last collegiate match, Western Kentucky senior Jessica Lucas broke the Western Kentucky career record for assists, finishing with 51 in the match to lift her to 5,338 in her career. That surpasses the record of 5,294 done by Melanie Stutsman from 2010-2013: Lucas’ immediate predecessor at the setter position for the Hilltoppers.

In the game’s first set, with WKU rolling to what looked like it would be an upset of 4th-seeded Kentucky, Lucas got the record-setting assist to fellow senior Alyssa Cavanaugh. That’s appropriate, given that Lucas has connected with Cavanaugh more times over the last 4 years than any other player. Cavanaugh’s 1,816 career kills, including 23 in her final game, leaves her in 2nd place in school history in that category – behind only Megan Argabright, who had 2,001 from 2005-2008.

As for the record-setter Lucas, she jumped from just 6th on the school’s career assists list all the way to 1st in a single season. A model of consistency, Lucas had between 1,280 and 1,397 assists in each of her 4 seasons. She also scored 646 assists, a high number for a setter, with again consistency in that part of her game: between 158 and 172 in each of her 4 seasons.

Lucas would’ve needed another 700+ assists to crack the NCAA’s all-time top 25 in the category, but it was good enough to jump her into the top 5 all-time in Conference USA history. Lucas is the only starting setter that Western Kentucky has had since joining the conference.

In spite of taking an early 2-0 lead over their in-state rivals, WKU didn’t have enough to hold on. The 4th-seeded Kentucky Wildcats would eventually march on to the Sweet 16 with a 3-2 victory.