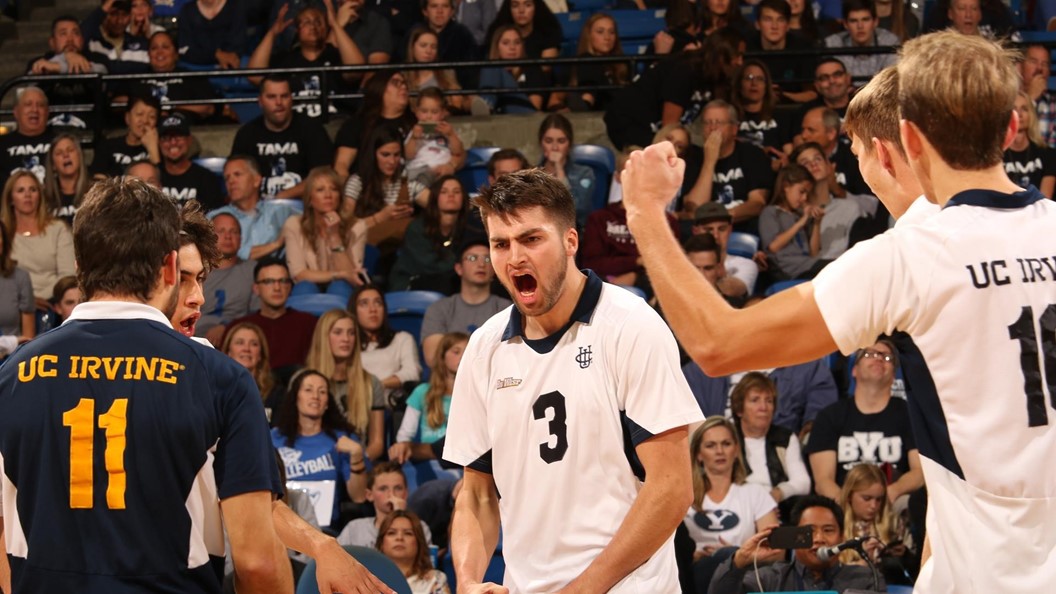 For the second time this season a freshman has snagged the AVCA Division I-II Men's Player of the Week, with UC Irvine's Joel Schneidmiller (#3 above) taking the reigns this week.  Current Photo via UC Irvine Athletics

For the second time this season a freshman has snagged the AVCA Division I-II Men’s Player of the Week, with UC Irvine’s Joel Schneidmiller taking the reigns this week.

Schneidmiller helped the Anteaters to a 3-0 week and a jump to #4 in the AVCA rankings from #6 after taking down Concordia Irvine and #5 BYU two nights in a row. Against Concordia Irvine, Schneidmiller put down 12 kills on a .391 hitting clip along with four digs and three blocks to kick off the week. He kept the consistency going with another 15 kills on a .565 hitting performance along with seven blocks in the team’s four-set win over BYU. Schneidmiller concluded the week with 19 kills with a .494 hitting clip in UC Irvine’s five-set victory over the Cougars.

On the week, Schneidmiller posted 3.54 kills per set on a .456 hitting clip along with 0.85 blocks. In all three matches, he recorded double-digit kills and never hit under .391 on the week. In total, he put down 46 kills and has helped the Anteaters to a 9-1 start, their best since they began the same way in 2007.

Schneidmiller was also named a VolleyMob Honorable Mention this week as well as the Big West’s Player and Freshman of the Week.

Schneidmiller is the 30th player in program history to garner the award with Michael Saeta taking home the award last on March 14, 2017. The Anteaters are the first team in AVCA history to have 30 players earn the honor.