My Journey To The Beach: Taylor Fricano 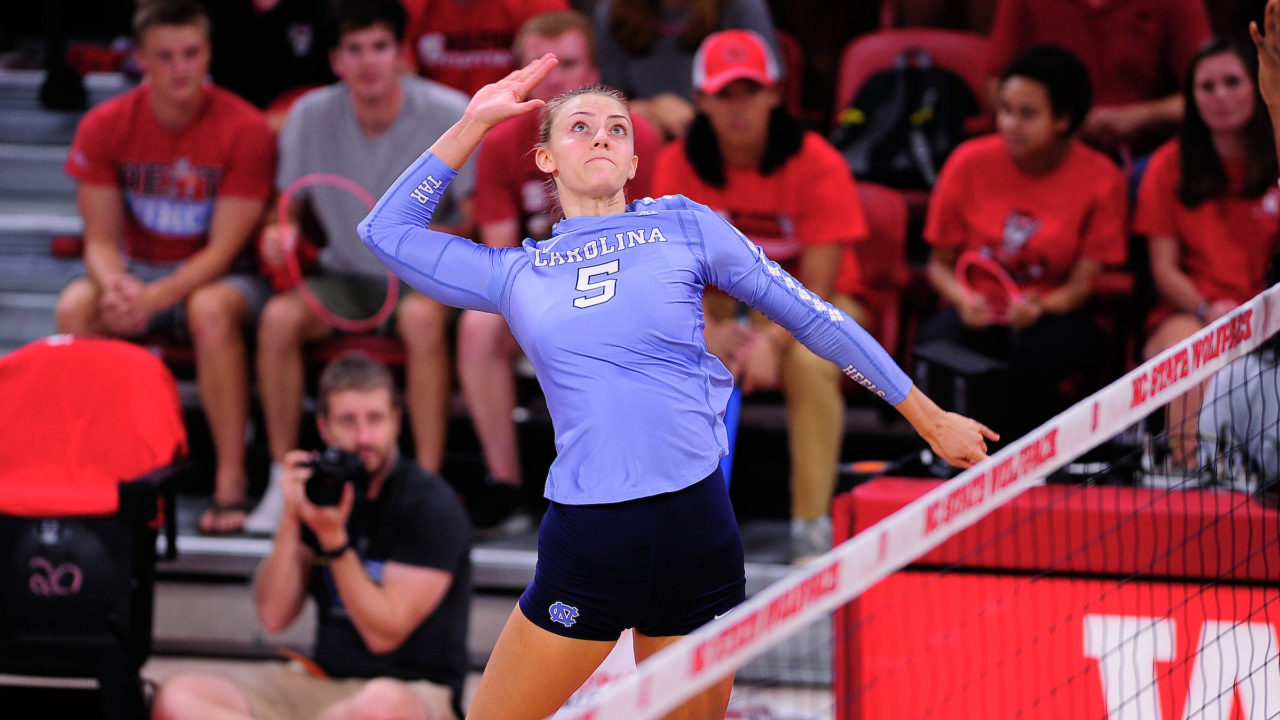 Missouri State beach transfer Taylor Fricano shares about how a simple text message jump started her transition as well as the strides she and her teammates have made as they prepare for the school's first ever beach season.  Archive Photo via North Carolina Athletics

In her first entry, Fricano shares about how a simple text message jump started her beach career and brought her to her new home of Springfield, Missouri, sight unseen as well as about the strides she and her teammates have made since her arrival in January as they prepare for Missouri State’s first ever beach season.

This past fall was full of twists and turns, emotions, and big life decisions. Finishing up my indoor career at the University of North Carolina was a very big change. You spend your whole prep career working for that scholarship at that University. You skipped get-togethers with friends, birthday parties, school events and even school to train to become one of the top elites in the country. Then you get there and it is time to work even harder. Through rigorous classes, demanding weight-lifting sessions, and detailed practices to fix the tiniest aspects of your game to get you to be the best, you fight and fight. This past fall, I knew that it was all coming to an end, and that was scary.

Although I knew that I was going to play overseas, I didn’t feel quite ready to jump on a plane right after graduation. Many of my previous teammates talked about beach volleyball after their four seasons of indoor and I just never saw it in my future. However, the panic of an 9-12-hour plane ride and thousands of miles in between me and my family made the vision a bit clearer. So on November 5th, I decided to give that vision a better look.

I didn’t want to go coast to coast, so anything California was out of the question. I also didn’t want to go farther from home so anything Florida or more southern than UNC was a no as well. I googled all NCAA beach volleyball teams and found Missouri State. I had forgotten they had just started a beach program and decided to reach out to my friend Jake Barreau who was the assistant coach for the indoor program at the time. I sent him a message that said: “Hi random message what r the chances I play beach next semester at ur school lol” and he shocked me with his response: “Very high!!!”. I couldn’t believe it.

Jake got me in contact with my now-head coach Terri Del Conte. We began communicating and after sending her film and talking to her for a few days we decided to make this vision a reality.

I didn’t visit Missouri State, I didn’t check out if they had my master’s program, I didn’t meet the team. I just said yes. It was kind of scary, but it was also really cool. I made this choice to pursue beach volleyball and take a leap of faith and that gave me a lot of confidence. I went in blind and had to figure it out. In other words, I grew as a person making this decision.

My mom and I drove eight hours south to Springfield, Mo., on January 5th. We checked out campus and moved me into my apartment on the 6th. On the 7th is when it all began. We started a week of two-a-days and it was brutal. Just a bunch of indoor girls trying to play in the sand was a sight to see, however, it created a great sense of comradery and connections between us. We all struggled with the same things: broad jumping in the sand, setting with our hips to the target, not taking balls with our hands, looking at the court to tell our hitter where to hit. We all had the same struggles and it made us grow as a team.

Now, 2 ½ months later, I look back and I cannot even see where we began as a team. This team has made so many strides and pushed themselves to learn fast. We would laugh at where we were when we started this journey. Now at practice we don’t always look like a bunch of indoor players trying to make it in the sand. Coach Del Conte said to us the other day “You guys are starting to make ‘big girl plays’”. Those are the high-level plays that make pairs great. We don’t make enough just yet, but we’re getting there and it is so satisfying to feel it all start to click.