Kira Walkenhorst Announces She, Too, Will Be a Mother in 2018 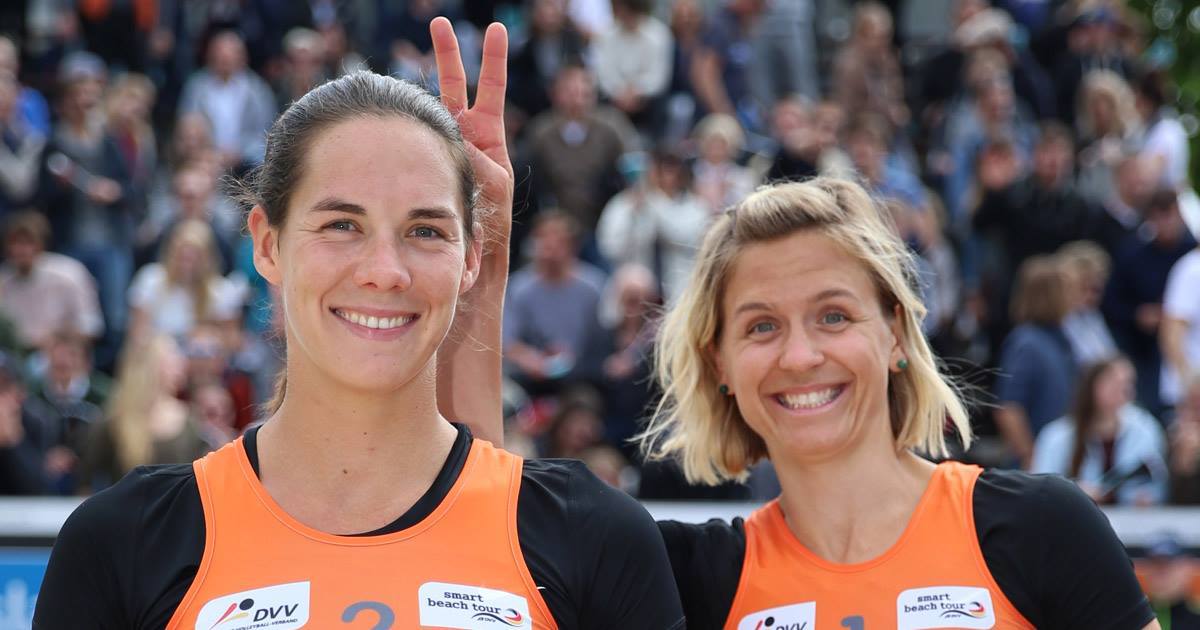 Kira Walkenhorst (left) will join Laura Ludwig (right) in 2018 motherhood, but it shouldn't cost the former nearly as much time off the sand. Archive Photo via FIVB

Less-than-a-week after her beach partner Laura Ludwig announced the birth of her first child, Teo Johnston, Kira Walkenhorst announced that she, too, will become a mother in 2018. Except, unlike Laura, Kira won’t miss any beach time to do so.

That’s because Walkenhorst’s wife, Maria, will carry the couple’s child, which is due in December.

“After Laura’s ‘family enlargement’ went smoothly, I also have a joyful message to tell you!” Walkenhorst posted on the beach-pair’s joint Facebook page. “I’ll be a mother too. But something different than you would suspect – my wife Maria is pregnant.

“We expect our offspring in December and are already looking huge. So Laura and I will take our project “Title 2019 and 2020″ as double mothers. Challenge accepted.”

Walkenhorst is currently playing with Leonie Kortzinger as her interim partner while Ludwig focuses on her first few months as a mother. This weekend, for the 2nd-straight stop on the German beach volleyball tour, they finished in 2nd place , losing in the finals.

“We lost again, but we are super satisfied with the result,” Walkenhorst said after the loss. “I’m getting more used to the defender role, and Leonie blocks more balls every game and has more precision in her sets too.”

Walkenhorst, the blocker when she plays with Ludwig, has moved to defender while playing with the taller Kortzinger.

Walkenhorst and Ludwig are, for now, the defending European, World, and Olympic champions, though they’ll lose that European title later this month.