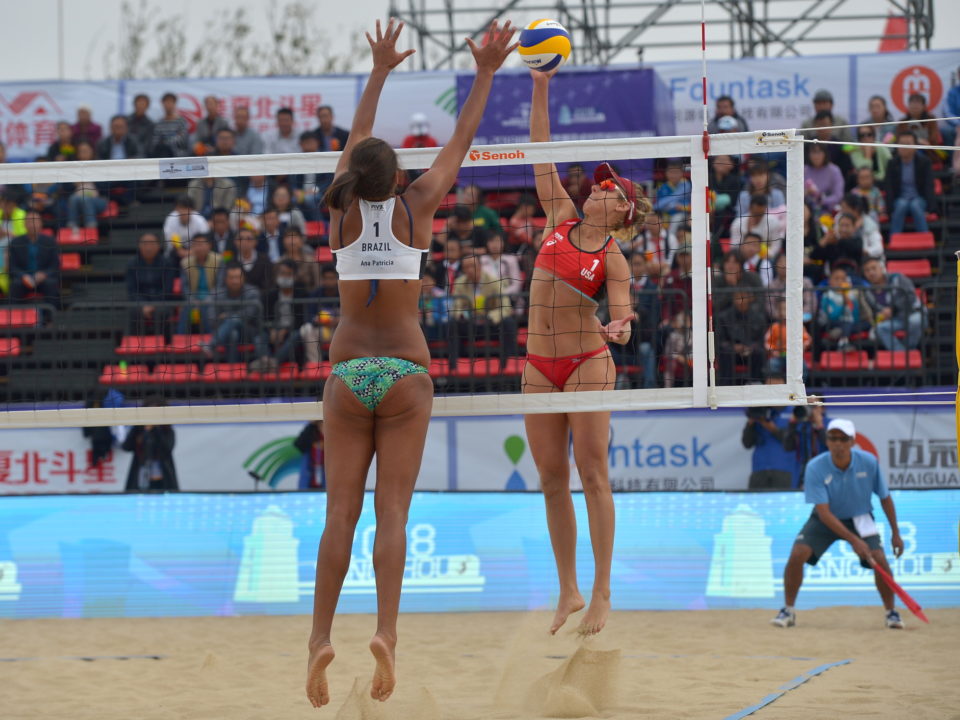 The FIVB World Tour victory marked the first title for Klineman/Ross since winning the Hague Four Star in January.

Klineman/Ross ended the tournament on a five-match win streak after dropping the Pool B finale to fellow Americans Betsi Flint/Emily Day.

“We had to focus on our side,” Ross said. “They served very tough but Alix sided out very well. We just had to figure out to get some points here and there. It was really tough to play against them.”

Ana Patricia/Rebecca dropped their first match of the tournament in the finale after winning five in a row, including two over top-seeded countrywomen Barbara Seixas de Freitas/Fernanda Alves. The duo earned its second straight podium finish, following a gold medal at the Qinzhou Three Star last weekend.

Americans Sara Hughes/Summer Ross rounded out the podium with the bronze medal after rallying past Canadians Sarah Pavan/Melissa Humana-Parades in tiebreak (16-21, 23-21, 15-5). The third-place effort marks the pair’s first podium finish since winning the Moscow Four Star in August. Hughes/Ross faced match-point in Set 2 before rallying for the win.