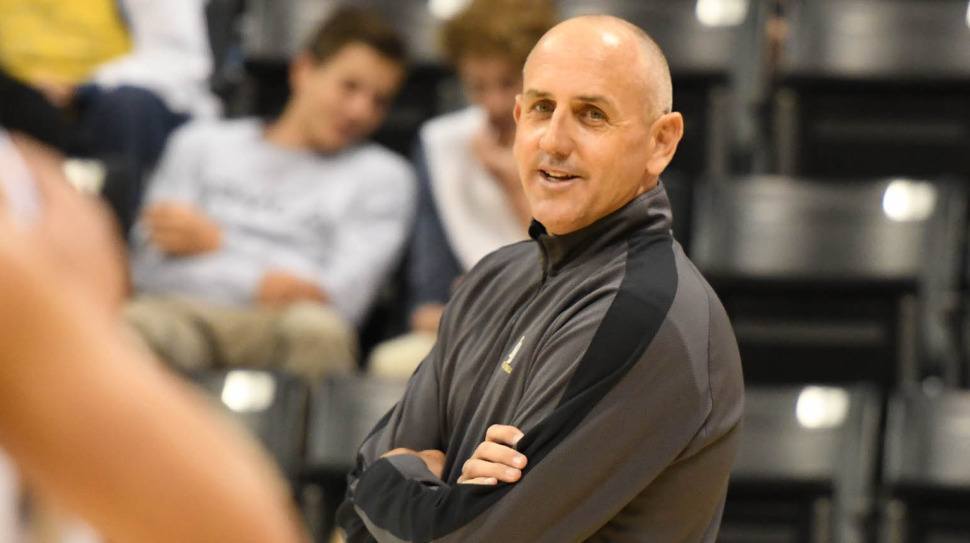 “Both President Conoley and I think that Alan has done an unbelievable job,” Fee said of extending Knipe’s contract. “We couldn’t be more thrilled to keep him here at Long Beach State. I know that he’ll continue to lead our men’s volleyball program to even more success, and most importantly, do so in the right way.”

Knipe is currently in his 15th season at the helm of the men’s volleyball program and has led the Beach to a No. 1 ranking in the country. This week, the Beach will take their 26-1 record to the NCAA Championships in a quest for the program’s second National Championship.

Heading into the Final Four, Knipe has led Long Beach State to the Big West Championship in the inaugural season as the Beach won a program-record 24-straight matches en route to his being named Big West Coach of the Year. During the regular season, Knipe earned his 300th career victory, becoming just the second head coach in Long Beach State men’s volleyball program history to accomplish that feat.

During his time at the Beach, Knipe has coached four National Players of the Year, one AVCA Newcomer of the Year, 47 All-America selections, 58 All-MPSF selections, and six All-Big West selections. He has also led Long Beach State to 13 MPSF Tournaments, one Big West Tournament, and five NCAA Final Four appearances.

“It’s a complete honor to accept a new five-year extension to be here as the head coach at Long Beach State – the best volleyball school in the country – and the only place I truly want to be,” Knipe said.

“A huge thank you to President Jane Close Conoley for her investment in all of the student-athletes here at Long Beach State and her willingness to have a big vision for what she expects from us. A huge thank you to my family for all of the support and for allowing me to put in the time and the effort to do what we do here. It’s not easy to be a coach’s family.

“Lastly, to my staff, a lot of times the head coach gets a lot of the praise when things are going well. But, I have the greatest staff on earth and it’s loaded with former Long Beach State volleyball players which is proof that the Long Beach Nation is the best place on the planet. I am the happiest coach in the world to be here.”

With the success of the men’s volleyball program under Knipe’s tutelage, the Beach have seen record crowds. Earlier this season, 4,560 spectators filled the Walter Pyramid during Long Beach State’s match against then-No. 2 UCLA to set a new men’s volleyball attendance record. With a perfect 12-0 record at home – the team’s second-straight undefeated home season – the Beach more than doubled their average attendance.

Knipe has served as head coach at Long Beach State since 2001, with a brief hiatus from 2010-12 in which he coached the U.S. Men’s National Team. During his tenure at the helm of the U.S. Men’s National Team, Knipe guided the Americans to the quarterfinals of the 2012 Olympic Games in London as they advanced to the knockout round after finishing first in Pool B, which also featured Brazil and Russia, which were ranked No. 1 and No. 2 in the world, respectively.

With Knipe leading the squad, the United States also qualified for the World League Finals on three occasions (2009, 2011, and 2012). In 2012, they claimed the FIVB World League silver medal, marking their second-best finish since the World League began in 1990. Additionally, the U.S. won the gold medal at the 2012 NORCECA Continental Olympic Qualification Tournament, securing their eighth consecutive berth to the Olympics.

Knipe’s ties to Long Beach State go back to his days as a student-athlete (1990-92) as he played under Ray Ratelle and was a key member of the Beach’s 1991 National Championship team. As a student-athlete at LBSU, Knipe received numerous honors including all-conference (First Team, 1992), All-American (First Team, 1992; Second Team, 1991), and All-NCAA Tournament (1991) accolades.

A member of the Long Beach State Men’s Volleyball Wall of Honor, which recognizes former players who represented LBSU men’s volleyball with unparalleled success or achievement, Knipe was part of the inaugural class in 2006. He was also inducted into the Long Beach State Athletics Hall of Fame in 2011.