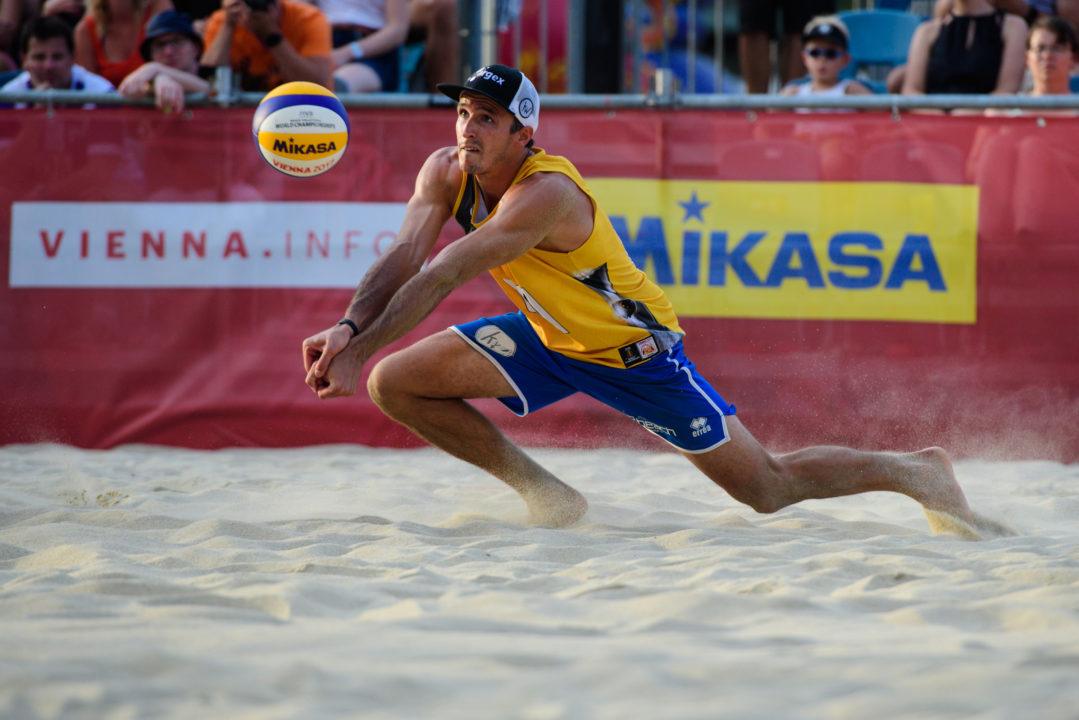 Belgium’s Dries Koekelkoren and Tom van Walle overcome first set setback to take down Alexander Brouwer and Robert Meeuwsen of the Netherlands 2-1, (17-21, 22-20, 15-8). Brouwer/Meeuwsen won the event in 2013 and will not get the chance to reclaim that glory as they are sent home while Koekelkoren/van Walle will move on to the Round of 16.

Van Walle played a game of chance from behind the service line, as he put up 28 attempts with nine errors and six aces. His aces came off strong serves that fell short with one that went deep down the line. Van Walle’s misses came short in the net or deep off the back line. Koekelkoren was more accurate from behind the line, with both players serving equally at their opponents. The Belgians mixed up their shots around the court, with almost every shot working. The most successful for van Walle was his shots to the middle of the court or down the line off the right side of the net while Koekelkoren aimed down the line and hard cross to find the sand.

Brouwer and Meeuwsen each made their mistakes from behind the service line, serving primarily at Koekelkoren. On the attack, deep cross shots worked from Brouwer in the match while Meeuwsen found success going the opposite way as Brouwer.

Up next, the Belgian pair will take on Poland’s Piotr Kantor/Bartosz Losiak.