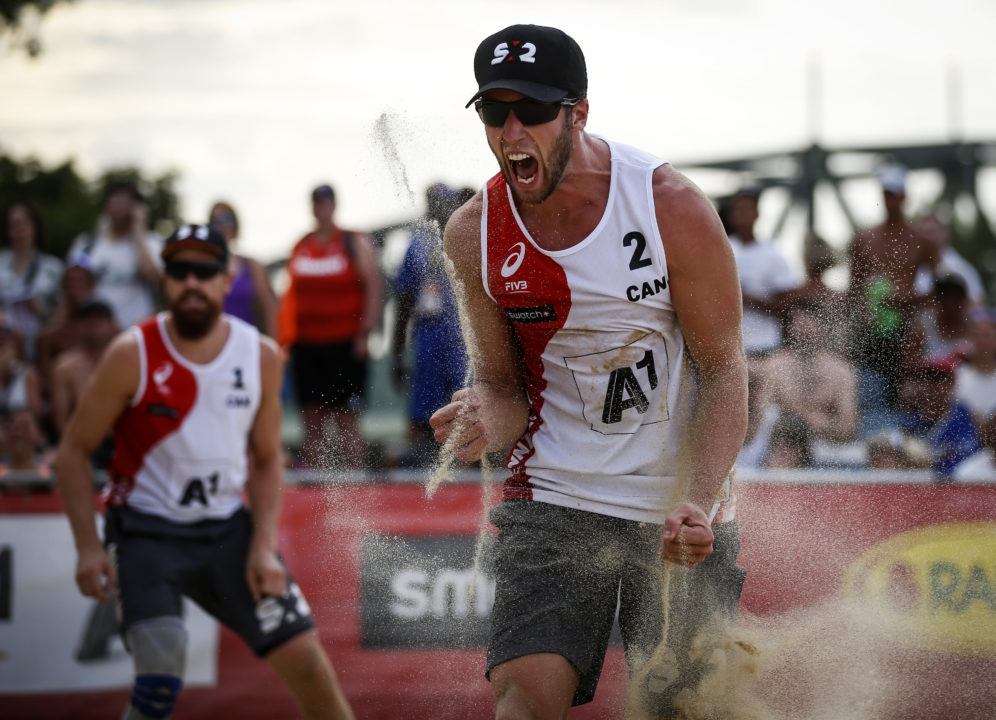 Canada’s Sam Pedlow and Sam Schachter sweep through Italy’s Paolo Nicolai and Daniele Lupo 2-0, (21-19, 21-19). The win pushed Pedlow/Schachter to the Round of 16 while the Italians are eliminated from the tournament.

The Canadians served primarily at Lupo throughout the match, which set him up against the Pedlow block up front. Lupo found success by going around the block and sharp to the left while also finding some deeper cross shots. Nicolai found the sand by hitting the ball down the line.

The Italians served at Pedlow in the first set but more at Schachter in the second. Pedlow was most effective on deep cross shots or right around the block down the line while Schachter hit the straight cross shot deep for points.

The match was full of errors on each side of the net, but the Canadians stuck through it to be more powerful, finding the sand more consistently than the Italians for the win.

Back in Rio, the two pairs faced off against each other, with the Italians coming out in the end to take a three-set victory.

The Canadians will move on in the tournament to the Round of 16 to face off against Russians Viacheslav Krasilnikov/Nikita Liamin.