Ligue A Look-In #1: Will This Season Be a Tour de Force for Tours? 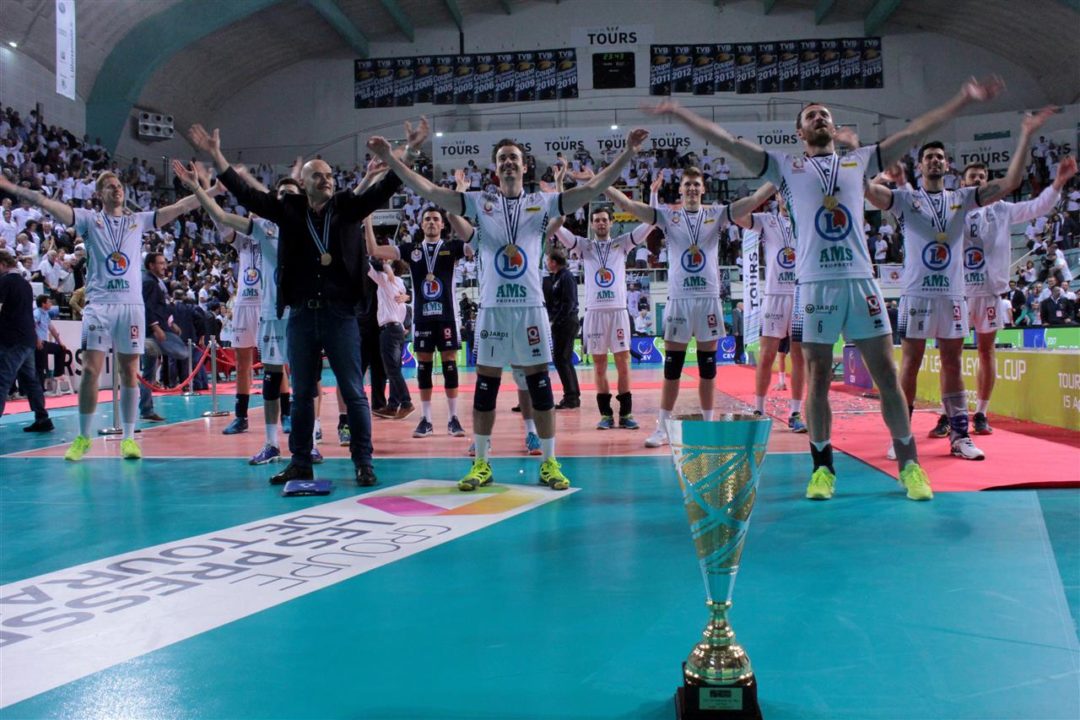 After finishing 3rd in Ligue A play and losing in the Ligue A semifinals to Spacer's Toulouse, Tours VB won the 2017 CEV Cup against Italian side Diatec Trentino. Archive Photo via http://www.cev.lu

A perennial Ligue A favorite, Tours VB finished 3rd in the table last year with a 22-15 record, just 5 points behind league champs, Chaumont VB 52. In the playoffs, Tours lost to Spacer’s Toulouse VB in a five-set semifinal thriller. Over the summer, they beat Italian side Diatec Trentino in a dramatic 15-13 golden set to win the 2017 CEV Cup. Veteran Czech outside David Konecny capped an illustrious career by being named best player at the 2017 CEV Cup.

Tours is addressing their need for a stronger middle presence by adding middle blocker Jasper Diefenbach, who moves over from Nantes Rezé Métropole. Ranked as the top middle in Ligue A last year, Diefenbach led the league with 82 blocks last season (3.72/game). Other key players include setter Guillermo Hernan, who was named 2nd-best setter at the CEV Cup, and veteran 41-year-old libero Hubert Henno, whose illustrious career includes winning bronze for France at the 2002 World Championships.