Lindenwood Pulls Off Upset of #6 Loyola Behind 20 Stevenson Kills 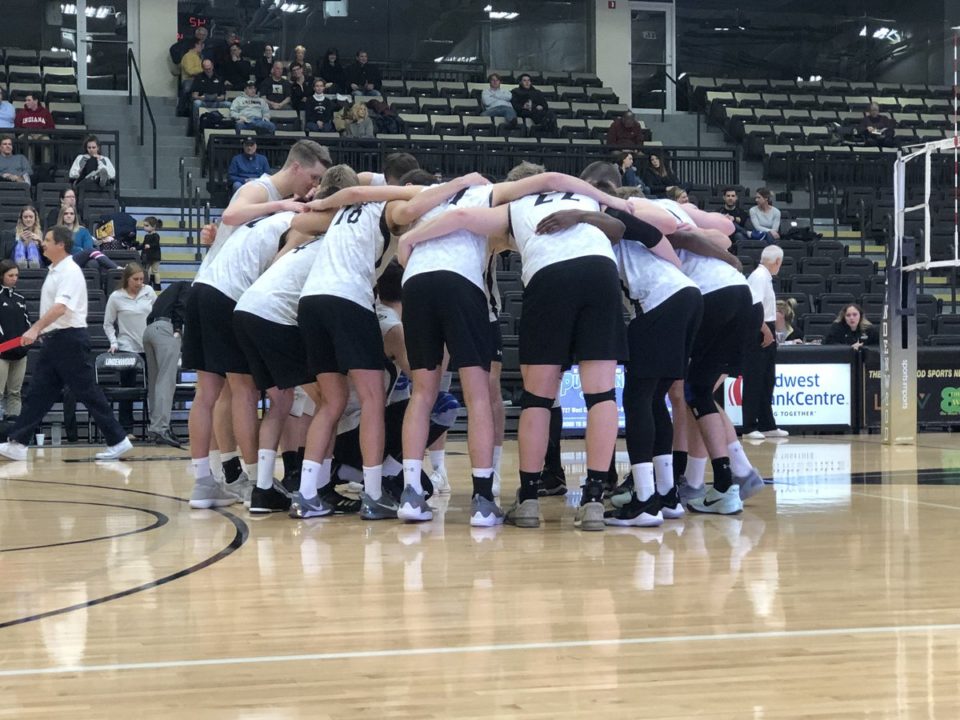 Lindenwood bookended the night with .400 plus hitting efforts, and outdid Loyola in hitting efficiency (.290 to .205), kills (57-51) and blocks (11-10) in a four-set upset Thursday night. Current Photo via Lindenwood Athletics

Junior outside Collin Mahan (14) and senior middle Jeff Jendryk (10) led a group of five Loyola players with six or more kills. Senior opposite Ricky Gevis (8), junior middle Paul Narup (7) and senior outside Ryan Jamison (6) followed. Jendryk hit at a team-high .333 clip and served up two aces, while Narup notched a team-high seven blocks. Gevis added four stuffs, while Jamison was one of three players with a team-best nine digs.

Loyola boasted a three-point lead in Set 1 at 17-14 before Lindenwood took over with a 6-1 run, including two kills each by Hlavin and Van Dellen. Down 21-18, the Ramblers scored two of the next three, including a Jendryk putaway, but could not stop a final 3-0 Lion rally. A Stevenson kill, Hipelius ace and solo stuff by Schindler capped the 25-20 win.

The teams split the first 10 points of Set 2, before Lindenwood grabbed an 8-5 advantage. Loyola turned the tables with six-straight points, including two blocks and a kill by Narup and a Garrett Zolg ace. The Ramblers upped the lead to five at 19-14 as Narup, Gevis, Mahan and Will Tischler notched kills. Two Stevenson putaways cut the margin to two at 19-17, but Loyola managed six of the final eight points to wrap up the 25-19 win. Mahan posted two blocks and a kill to set up the final point, which came on a Lindenwood service error.

The Lions surged to a 5-0 lead coming out of the intermission, including two Van Dellen kills and two Loyola miscues. Later, trailing by our at 16-12, the Ramblers surged with two Lindenwood errors and a Zolg ace, to knot the score at 17. After ties at 21 and 22, a Stevenson putaway and Loyola hitting error put the Lions on the hill at 24-22. The Ramblers scored three straight, capped by a Jendryk ace to earn a try of their own at 25-24. Lindenwood thwarted that attempt and earned two more of the their own (26-25, 27-26) before a service error set up the final point, a stuff by Hlavin and Hipelius to earn the 29-27 win.

Lindenwood led from start to finish in Set 4, leading by as many as six at 16-10 as Stevenson and Hlavin downed three kills apiece and the team put up three blocks. Loyola was back within two at 19-17 with three Mahan putaways and two Lion miscues. Two Rambler errors and kills by Stevenson and Hlaven gave Lindenwood a match-point try at 24-19. Schindler ended the night two points later.