Marcus Nilsson Is Back To Lokomotiv Novosibirsk 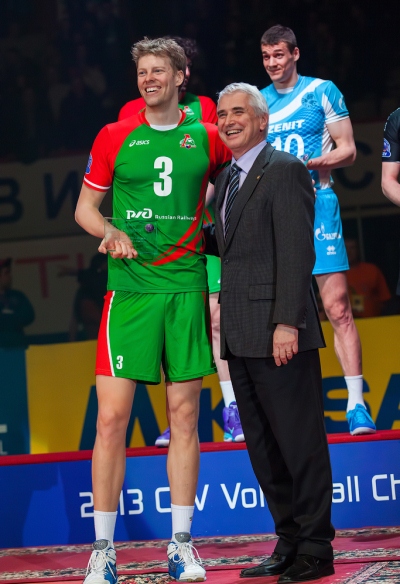 Nilsson is a fan favorite at Novosibirsk, as he led the team to the 2013 CEV Champions League title Current Photo via Lokovolley.ru

Last week, Russian club Lokomotiv Novosibirsk announced a trade with Belogorie Belgorod that landed it Maksim Zhigalov in exchange for Gyorgy Grozer. Since the new addition to the club can’t be signed up for the 2018 CEV Champions League, as he already played the 2018 CEV Cup with his former club, the team went ahead and signed yet another opposite hitter in order to beef up its roster: Swedish lefty Marcus Nilsson, who was club-less since October of last year.

Marcus Nilsson is a fan favorite at Novosibirsk, as he led the team to the 2013 CEV Champions League title, being the tournament’s highest scorer and taking home the Final 4 MVP award. Now 34 years old, the volleyball nomad, who once had his spike measured at 12 feet, will enjoy his fourth stint in Russia, having defended Dynamo Kalinigrad and Kuzbass Kemorevo in the past. He has also played in Italy, France, Turkey, Greece, and Poland. As for international play, he has accumulated 76 caps for the Sweedish national team so far.

Novosibirsk  played very well in the pool stage of the 2018 Champions League. It has a 4-1 record and leads a tough Pool C that has in it Skra Belchatow, Dinamo Kazan, and Chaumont VB 52. As for the Russian Superleague, it currently sits in 6th place with a 14-11 record.