Mayer/Crabb In Lucerne Podium Race, Larsen/Stockman to Vie for Bronze 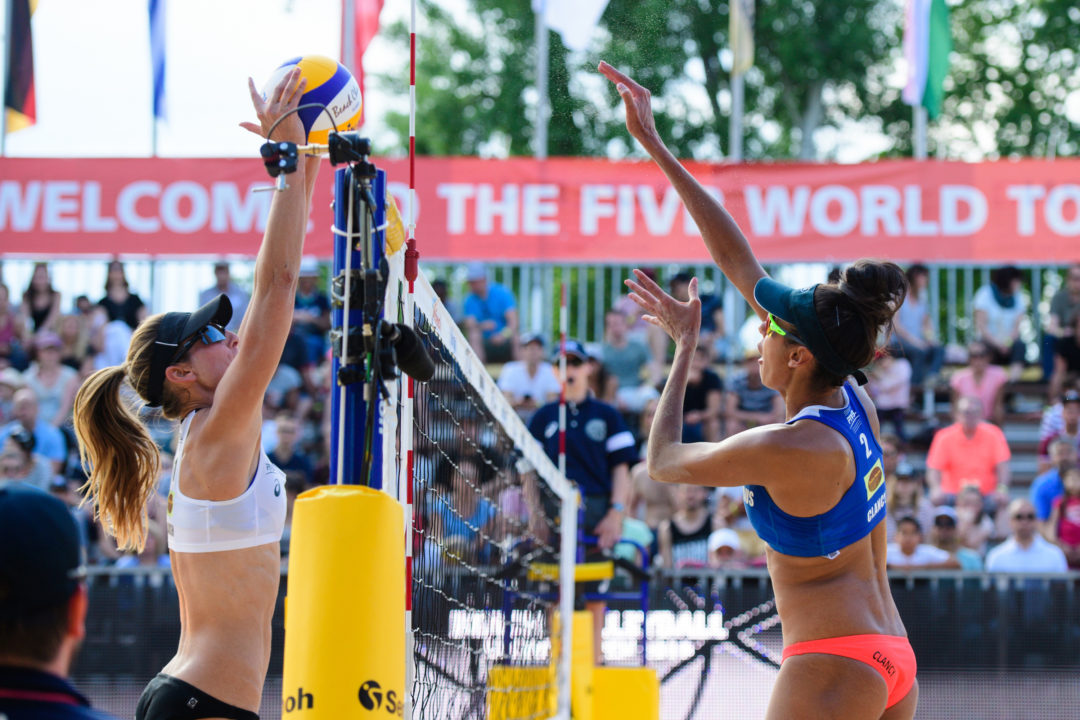 Americans John Mayer/Trevor Crabb are still in the running for a medal at the Lucerne Three-Star with a semifinal berth, while Emily Stockman/Kelley Larsen will vie for bronze early Sunday morning.  Current Photo via FIVB

Americans John Mayer/Trevor Crabb are still in the running for a medal at the Lucerne Three-Star, earning a spot in the semifinals with a pair of straight-set victories in the second round of the main draw on Saturday.

Kolaric/Basta are in their second tournament back together after parting in 2016. The pair finished fifth at the Mersin Three-Star last weekend.

Candra/Ashfiya are seeking their first podium finish since a runner-up effort at the Satun One Star on April 11 and their first ever FIVB gold.

Heidrich/Gerson are looking to improve on a fourth-place finish at the Mersin Three-Star and earn their first ever FIVB podium finish.

This is just the second FIVB tournament for Mayer/Crabb following a 17th place finish at the Huntington Beach Four Star last weekend.

On the women’s side, the podium pairings are set with Australia’s Mariafe Artacho del Solar/Taliqua Clancy facing China’s Fan Wang/Xinyi Xia for the gold and Americans Emily Stockman/Kelley Larsen taking on Dutch pair Joy Stubbe/Marleen van Iersel for the bronze.

Artacho del Solar/Clancy faced their toughest test in their first Round 2 match, going the distance with Brazilians Maria Clara/Elize Maia (22-20, 13-21, 15-80 before taking out Stockman/Larsen in straight sets in the semifinals.

Stockman/Larsen won their two Round 2 matches in straight sets before running into top seeded Clancy/Artacho del Solar. Stubbe/van Iersel ousted Americans Betsi Flint/Emily Day 21-18, 22-24, 15-9 in the second match of Round 2 before falling to the Chinese duo.

Artacho del Solar/Clancy are vying for their third FIVB gold since teaming up in October, following titles at the Qinzhou Three Star (October) and Sydney Two Star (November). The duo also was runner-up at the Commonwealth Games in April.

Wang/Xia are in line for their second FIVB podium finish of the season, following a runner-up effort at the Sydney Two Star.

Stockman/Larsen are in their third FIVB tournament together and have already achieved their best finish, topping a ninth-place effort at the Huntington Beach four-star last weekend.

Stubbe/van Iersel teamed up in January and have already topped their best ever finish, ahead of a fifth-place effort at the Xiamen Four Star in April. 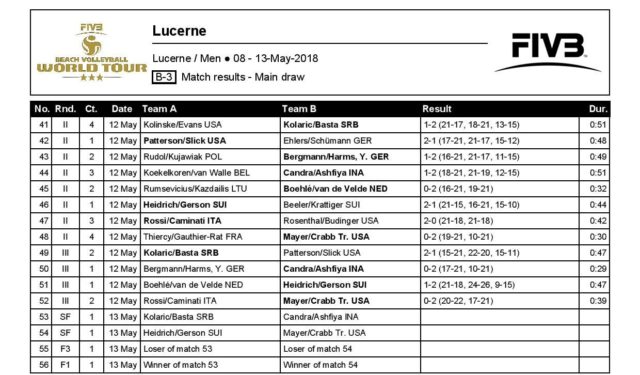 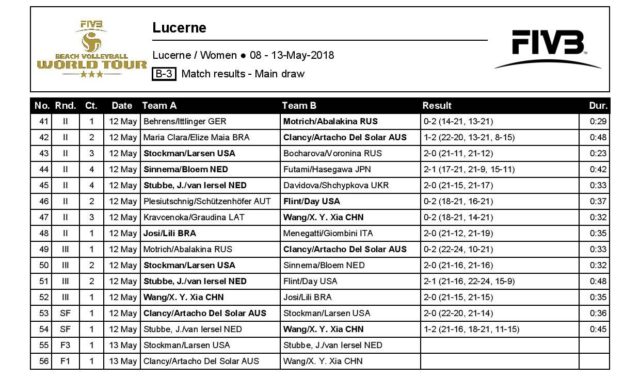