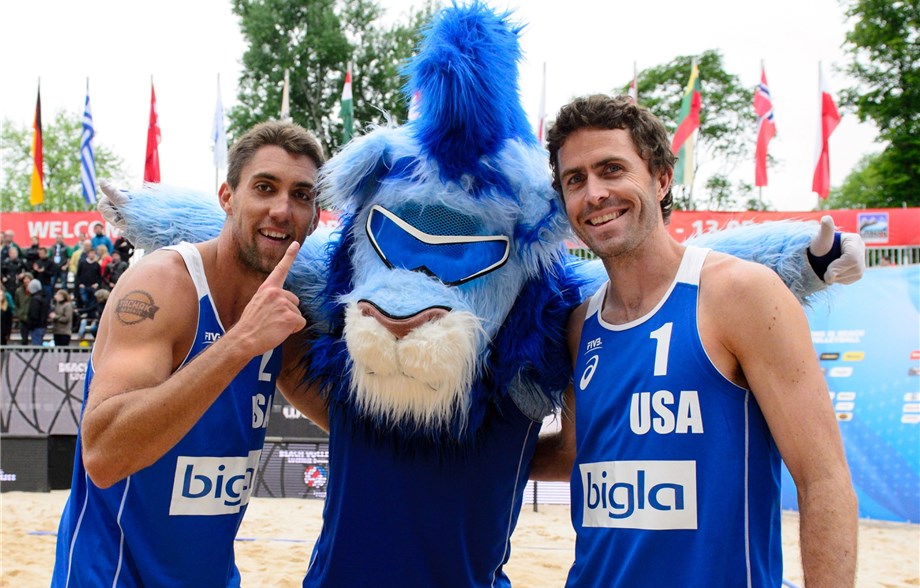 Americans John Mayer and Trevor Crabb, who started the tournament as a wildcard entry and dropped their opening pool play match, capped a six-match win streak and secured their first ever FIVB medal, winning gold at the Lucerne Three-Star on Sunday. Countrymen Emily Stockman/Kelley Larsen earned bronze at the tournament. Current Photo via FIVB

Americans John Mayer and Trevor Crabb, who started the tournament as a wildcard entry and dropped their opening pool play match, capped a six-match win streak and secured their first ever FIVB medal, winning gold at the Lucerne Three-Star on Sunday.

The duo started the day with a three-set win over Switzerland’s Adrian Heidrich/Mirco Gerson in the semifinals, overcoming a 21-18 first set loss and then winning four straight including a sweep of Serbia’s Lazar Kolaric/Stefan Basta in the title match.

“When we got the wildcard for this tournament, I thought, let’s give it a shot and see what happens,” Mayer said. “I never thought we would be here. It’s pretty cool. It feels pretty good.”

The silver was a first for Kolaric/Basta, who started in the first qualifying round and topped Ade Candra Rachmawan/Mohammad Ashfiya in the semifinals.

Heidrich/Gerson rode home court advantage to a straight-set win over Candra/Ashfiya for the bronze.

“To be honest, we did not expect this,” Gerson said. “We came back from Mersin with the fourth place last week. We were very tired. To get the bronze medal in front of our own crowd now makes us really happy. It’s really amazing and we want to enjoy it now with friends and family.” 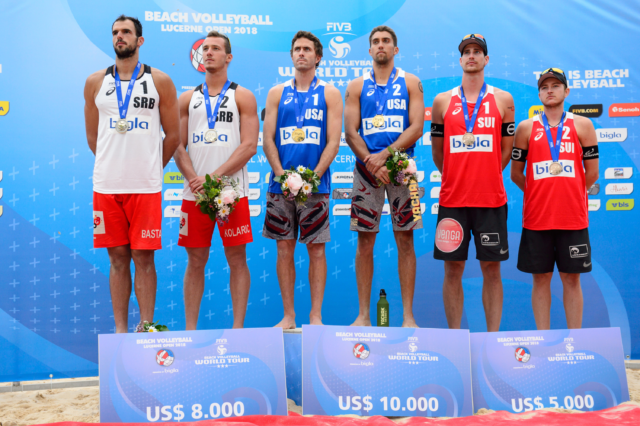 On the women’s side, all that remained for Sunday’s action were the podium matches. Australia’s Mariafe Artacho del Solar/Taliqua Clancy faced off with China’s No. 3 seed Fan Wang/Xinyi Xia for the gold with the top-seeded Aussie’s bringing home their third world tour gold with 33 minute, straight-set win.

“We are really excited,” Artacho del Solar said. “This is the third gold and it is exciting for us how we can keep growing our game as a new team.”

In the bronze medal faceoff, Americans Emily Stockman/Kelley Larsen earned their first medal as a duo, besting Dutch pair Joy Stubbe/Marleen van Iersel in tiebreak. No. 9 seed Stockman/Larsen rallied from a 21-19 first set loss to earn the final spot on the podium.

“It feels amazing!” Stockman said. “Kelley and I are a new team and it is really nice to see our chemistry on the court. It feels right and it feels good at such an early part of the season.” 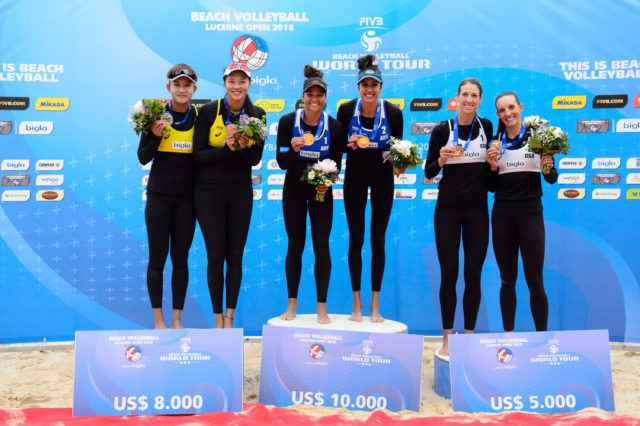