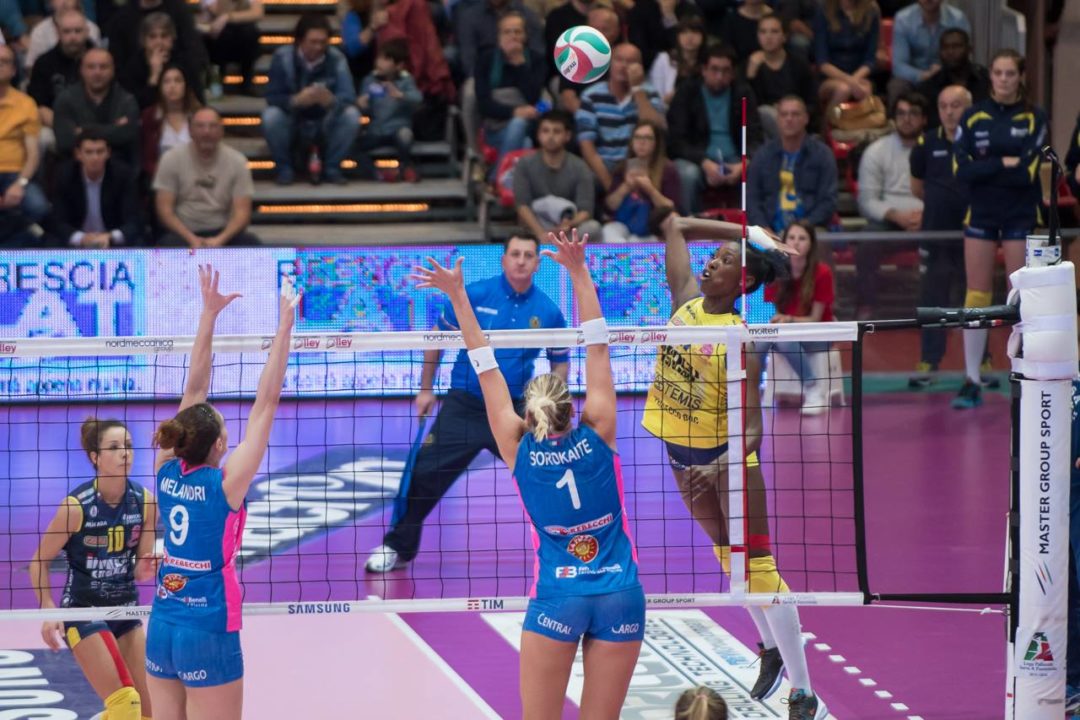 Megan Easy has signed with Imoco Volley Conegliano for the 2018-2019 season. Easy had previously been playing for Imoco when she suffered a season ending achilles injury. Prior to her professional career, Easy (nee Hodge) played at Penn State where she was a four time AVCA All American. While at PSU, Easy helped her team to win 3 NCAA championships and finished her career as the Honda Broderick Cup Award winner. She ended with 2,142 kills, 107 service aces, 1,150 digs, and 297 blocks.

Her international career has been equally successful. Since graduating, she won an Olympic silver medal in 2012 and multiple FIVB World Grand Prix championships in 2010, 2011, 2012 and 2015. At the 2012 World Grand Prix she was named the Most Outstanding Player and Best Scorer as well as being named the best spiker at the 2013 Pan American Cup in the USA’s championship run.

Previously she helped Imoco Volley Conegliano win the Serie A1 title in 2016 and was part of the 2017 team that won the Italian Cup for the first time. Her injury required a year long rehabilitation process, but she is back and will be joining an Imoco Team full of superstars including Robin De Kruijf, Kimberly Hill, Samanta Fabris, Joanna Wolosz, and Monica De Gennaro.