Rio Fights From 2-0 To Beat Hinode. Round 2 Of Women’s Superliga Recap 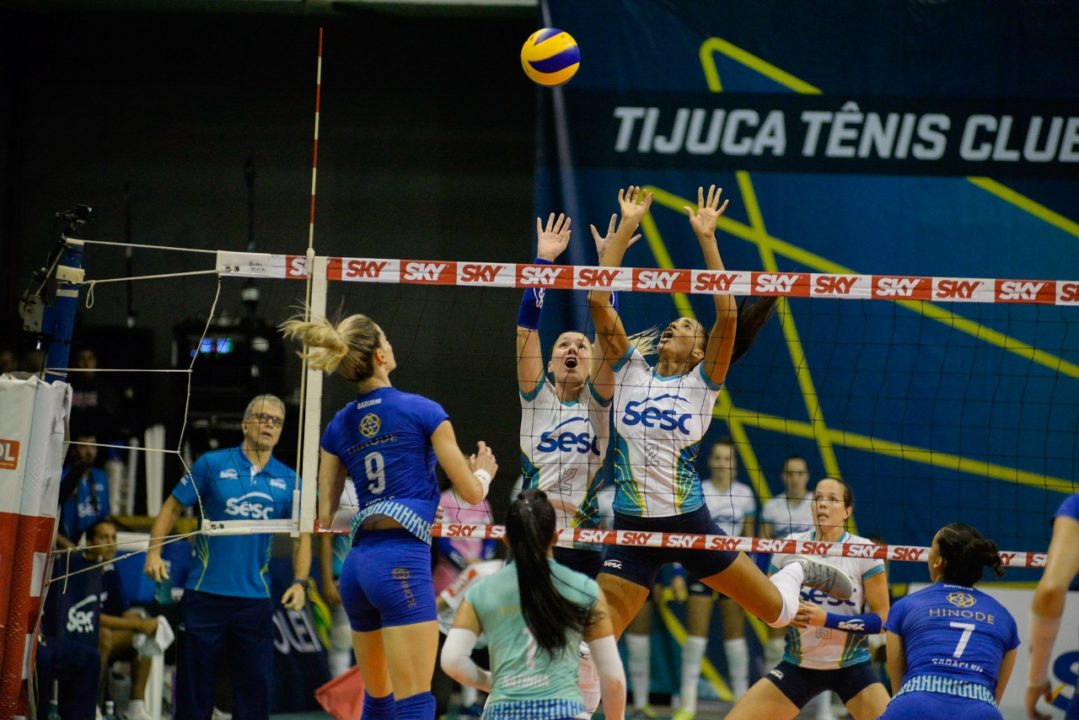 This is the first time coaches Bernadinho and José Roberto Guimarães, owners of five Olympic gold medals (10 total if silvers and bronze medals are considered) went head to head in a Superliga match in the last three years Current Photo via CBV

Sesc/RJ came back from behind 2-0 to beat Hinode/Barueri (3-2, 24/26, 23/25, 25/22, 25/23, and 15/12) behind Drussyla Costa‘s 27 points, while Edinara Brancher had 21 points in the losing effort.  This was the first time coaches Bernadinho and José Roberto Guimarães, owners of five Olympic gold medals (10 total if silvers and bronze medals are considered) went head to head in a Superliga match in the last three years. Edinara lost the whole fourth set due to injury, while Rio lost Gabriella Souza in the tie break to a gruesome injury.

Below you’ll find results from all of the round’s games:

Team of the week

Sesc/RJ is coached by what many consider to be the best coach in the world. In its game against Barueri, it showed. Rio‘s players mustered up strength to bravely come back from a huge 2-0 deficit, playing with a level of confidence and energy that made it look like they were the ones up 2-0, and not Barueri. At the start of the tie break, they had to show great mental toughness to overcome Gabriella Souza‘s injury and close out the game.

Player of the week

Rio‘s Drussyla Costa has been thrown into the spotlight at only 21 years of age, both in her club and in Brazil’s national teams. In her game against Barueri, she did not disappoint, propelling her team to the win with 27 points (50% hitting efficiency), while having to shoulder the bulk of her team’s receptions (77 out 101 passes received).