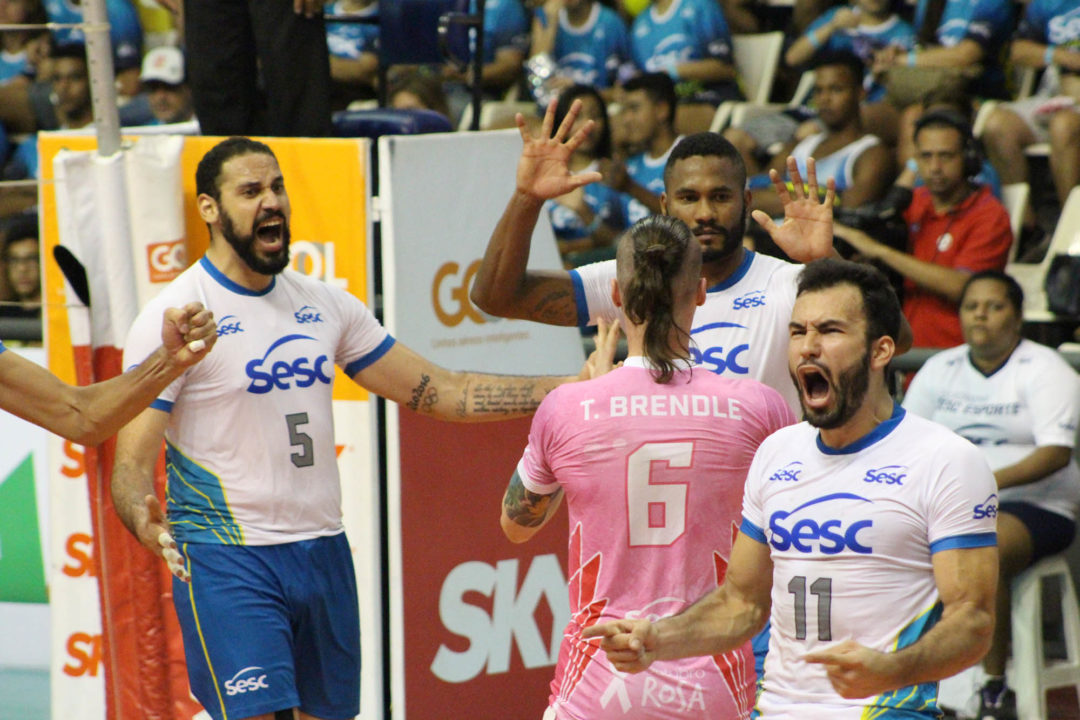 The Brazilian men’s Superliga kicked off with a bang, showing the great parity that is to be expected between the top teams of the tournament. On the first match of the first round of play, title favorites EMS Funvic/Taubaté were handed a loss at the hands of recently promoted Sesc/RJ. Meanwhile, title favorites Sada/Cruzeiro needed four sets to beat also recently promoted Corinthians/Guarulho in their Superliga debut.

Check out all results from round 1 below:

Title favorites Sada/Cruzeiro handed Corinthians/Guarulhos a 3-1 (31/29, 18/25, 15/25, 22/25) loss behind Evandro Guerra‘s 16 points. Rogério Nogueira had 12 points in the losing effort. Corinthians had an unbelievable 30 service errors in the match.

Team of the Week: Sesc/RJ

To debut on the competition after its recent Superliga promotion with a win against  a title favorite team that boasts a millionaire payroll is special, and builds a lot of confidence for the rest of the season.

Although Leonardo Nascimento had 32 points in a losing effort, including 4 aces and 4 blocks and a 63% hitting effort, Paulo Silva’s 26 point effort on 69% hitting efficiency, three aces and four blocks on Sesc’s upset against Taubaté was the best effort of the week due to the effect that the win will have on Sesc’s future in the competition. Also, Paulo Silva had to fight harder for his points, as he only attacked on 27.5% of his team’s possessions, while Nascimento was a one man show at 40% usage rate.