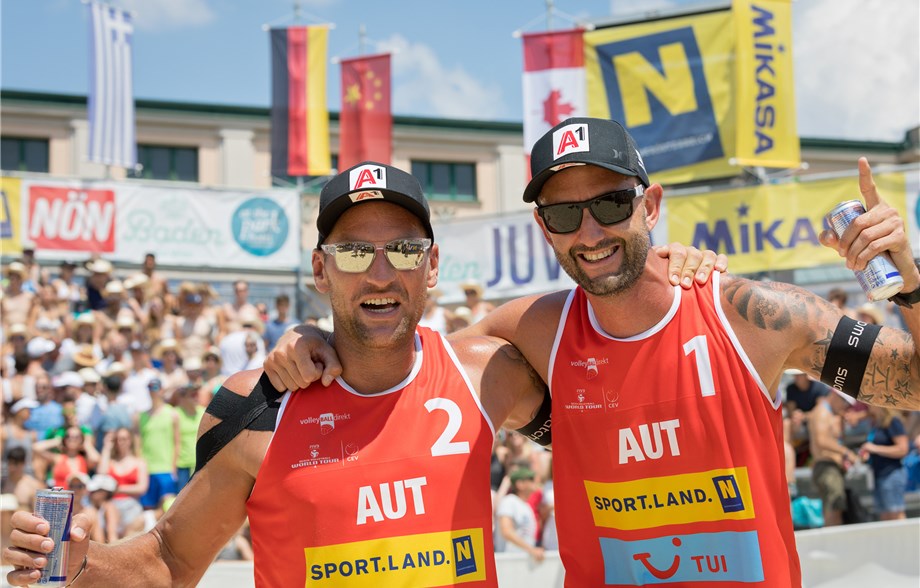 Austrians won two of the three podium spots on the men's side and the silver medal on the women's side in front of the home crowd at the Baden open.  Current Photo via FIVB

Austrians won two of the three podium spots on the men’s side and the silver medal on the women’s side in front of the home crowd at the Baden open.

Hometown heroes Alexander Horst/Clemens Doppler gave the crowd something to cheer for, earning a spot on top of the podium with a tiebreak win over Austrian countrymen Julian Hoerl/Tobias Winter.

Horst/Doppler overcame a Set 1 loss for the third straight match to capture the gold, moving up one step from their 2017 silver medal in Baden. The gold also gave the team its first podium finish since a runner-up effort at the World Championships in August.

“The first two thirds of the match were difficult, but we found our game in the end,” Doppler said. “Austria against Austria is always difficult to win. Tobi and Julian would have also deserved the win today. Huge thanks to our trainer! He helped us work well under pressure, which led to us being the golden boys today!”

Hoerl/Winter made the final with four victories, including two tiebreak matches. The pair cruised through the semifinals, however, with a 21-15, 21-11 win over Austria’s Martin Ermacora/Moritz Pristauz. The silver medal gave the duo, which is in just its seventh FIVB outing together, its first podium finish.

On the women’s side, Germans Teresa Mersmann/Cinja Tillmann downed Austrians Katharina Schutzenhofer/Lena Plesiutschnig 21-17, 21-16 for the title.

“They were clearly better, which just leaves me to congratulate them. We are happy about the silver,” Schuetzenhoefer said. 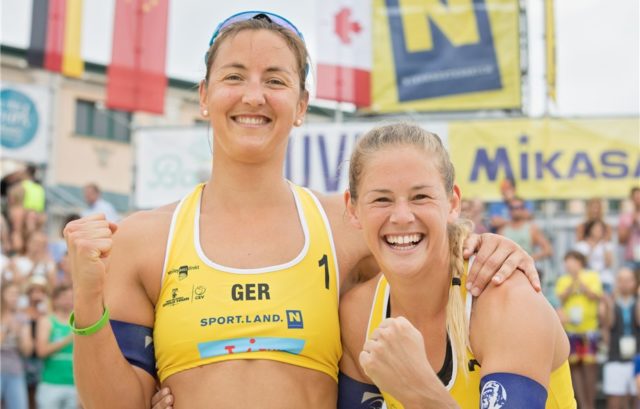 Mersmann/Tillmann earned their first FIVB medal in just their fourth tournament together. The silver was the third podium finish for the Austrians since November, and first since a gold at the Mersin Three Star in May.

Mersmann/Tillmann won all five of their matches in straight sets, including a 21-18, 21-18 win over Norway’s Emilie Olimstad/Janne Pedersen in the semifinals. 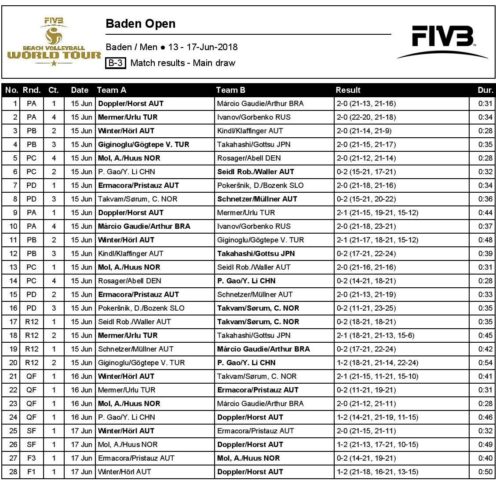 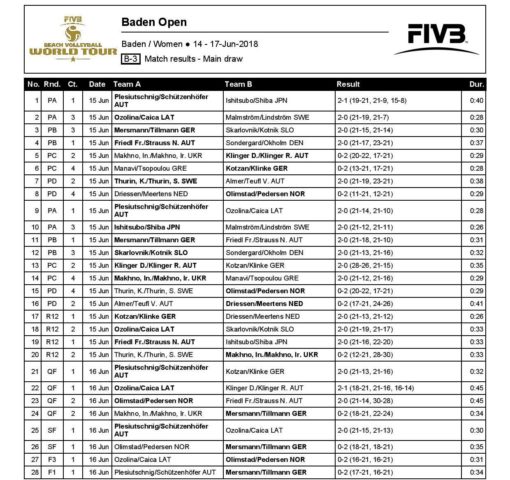