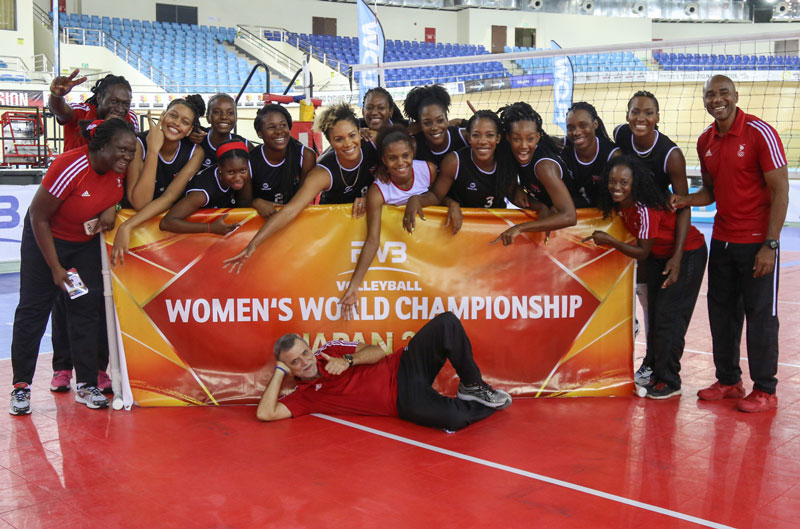 Mexico and Trinidad & Tobago each won in sweeps on Saturday to set up a final showdown for group supremacy after both secured tickets to the 2018 World Championships.  Current

Mexico and Trinidad & Tobago each won in sweeps on Saturday to set up a final showdown for Group C supremacy after both secured tickets to the 2018 World Championships.

Melanie Guadalupe Parra Quintero notched a match-high 12 kills and four aces to lead Mexico in its second victory of the tournament.

The Mexicans also had help from 23 Dominican errors in the match.

“Happy, our main goal is to qualifying to the world championship and I consider we are very close on doing so,” Mexican coach Ricardo Naranjo said. “I believe things were easy for us, our younger players had the opportunity to perform and get into better shape for senior level; adding that they will need more responsibility to work hard for next year.”

Shari Pascal scored three points for Dominica, putting up both of the team’s blocks and adding a kill. Anna Maria Xavier, Lisa James and Kyla Winston added two points apiece. Xavier and James posted two kills each, while Winston acounted for a kill and the team’s lone ace.

“In set two the team decided to go all out, we got out of the nerves and put everything into place we don’t have anything to lose,” Dominica captain Ana Xavier said. “Hopefully we may perform like that tomorrow”.

Sinead Jack led the way with 15, including a match-high 12 kills, two blocks and an ace. Krystle Esdelle (13) and Channon Thompson (10) rounded out the group. Esdelle also put down 12 kills to go with a block, while Thompson registered eight kills and a team-best two aces.

“I am so excited,” Esdelle said. “Four years ago we lost our opportunity and this year we were determined to make it happen. We decided that we wanted to win tonight and not wait for tomorrow. Our work has been difficult because it has been hard to keep the group together and look for support. We recovered well from our error against Costa Rica.”

“Costa Rica showed a lot of potential,” captain Mijal Hines said. “This is a process and we are motivated to continue working for the Central American Games. Despite our loss, we have our heads up and we are ready to keep a good level, we must practice mentally.”